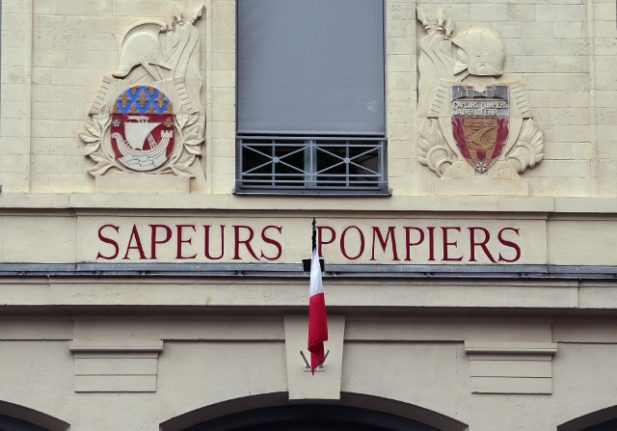 Photo: AFP
As a fire raged on rue de Citeaux in Paris' 12th arrondissement, the fireman climbed down a ladder from the building's third floor, removing the baby from danger.
The apartment building fire, called in just before 2am, saw 119 firemen and 39 firetrucks arrive at the scene, as well as a number of ambulances.
The firefighters had to battle thick black smoke and flames that burst from the windows.