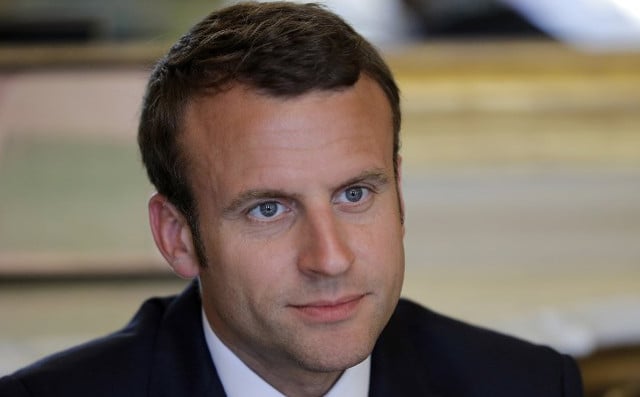 Photo: AFP
President Emmanuel Macron’s office said the head of state was planning to ask parliament to extend the state of emergency until November 1. It had been due to end in early 2015.
The decision was announced after the weekly national defence and security council meeting, which “examined ways to offer any assistance possible to British authorities in their inquiry” into the Manchester bomb attack that killed 22 people, an Elysée statement said.
The president also asked his government to propose legislation to “boost security in the face of the terrorist threat.”
Interior Minister Gérard Collomb, who spoke with British Prime Minister Theresa May after the attack on Monday night, said the two countries should continue cooperating closely on fighting terror despite Britain's plans to leave the European Union.
He told BFMTV that hat British and French intelligence had information that the British-born man who carried out the Manchester attack, Salman Abedi, had recently been to Syria and had “proven” links with the Islamic State group.
He did not provide details and said it was unclear whether Abedi was part of a larger network of attackers.
By Rory Mulholland