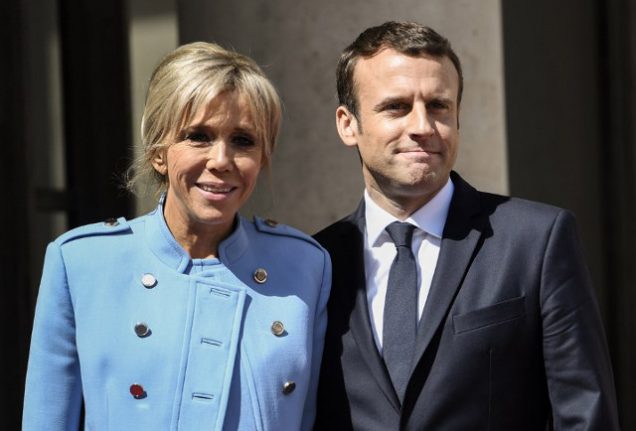 Photo: AFP
France’s first lady has never had an official role, but Macron has promised to end what he called “this French hypocrisy” by granting her a proper role at his side over the next five years of his mandate.
The couple’s rented apartment in the posh seventh arrondissement of Paris was deemed not secure enough for the head of state, and the couple moved out on Sunday, Elysée officials said.
Brigitte Macron is due to accompany her husband on two trips this week.
The first is on Thursday for a NATO summit in Brussels, and the second the following two days for a G7 summit in Taormina in Italy. Those will be her first trips abroad as first lady.
Macron said during his election campaign that he wanted to “clarify” the situation of the first lady so that she “can have a role and be recognised in this role.”
She has been given offices in a ground-floor wing of the Elysée and a small staff will work for her but she will receive no pay.
Valerie Trierweiler, the ex-partner of the previous president, François Hollande, had a staff of five at the Elysée and cost the state 33,000 euros a month until the pair split up acrimoniously when Hollande’s affair with an actress was made public.
READ ALSO: France's 'first lady': Does Brigitte Macron want to be the French Michelle Obama?