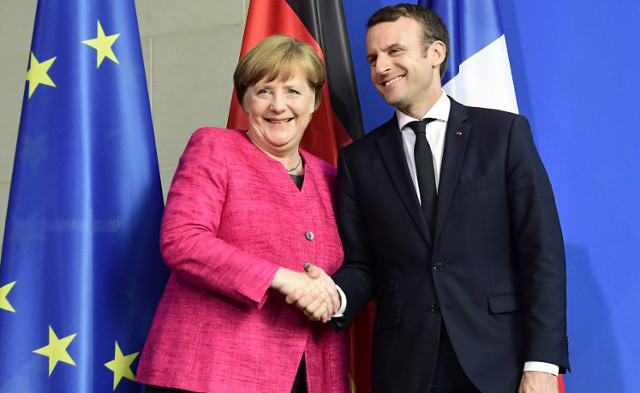 Photo: AFP
“We've been talking about progress in eurozone integration for years but things are not moving fast enough… We have now decided to get things going more quickly and further in a very concrete manner,” he said in Berlin after talks with his German counterpart Wolfgang Schaeuble.
The new working group will look at areas including how the bloc can harmonise its tax regime, whether it can better coordinate its economic policies, as well as find examples of investments that both parties can fund.
“Not only our compatriots in France and Germany, but also others in the eurozone are expecting concrete proposals and concrete investments that can generate economic activity and jobs,” said Le Maire.
Underlining the necessity of his government to get results swiftly, Le Maire pointed to France's bitterly fought presidential election in which both the far-right and the far-left scored their highest margins since the end of World War II.
“If we don't succeed, then it will be those in the extremes who will succeed us,” warned Le Maire, adding that “our compatriots will only judge us by our results.”
READ ALSO: Germany warns Macron as new French president heads to Berlin to meet Merkel