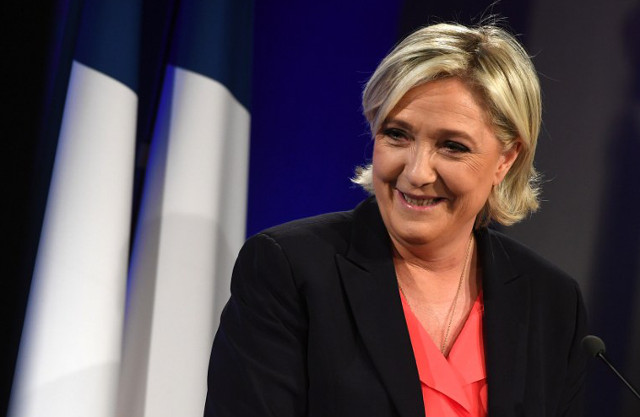 Photo: AFP
The vote will determine France's new political landscape after both the traditional left and right were sidelined from the presidential race and Le Pen was roundly defeated by centrist Emmanuel Macron.
“Yes, I will be a candidate,” she said on French TV channel TF1, confirming she will run in the northern town of Henin-Baumont. She already ran for elections there in 2007 and 2012 unsuccessfully.
“I couldn't imagine not heading my troops in a battle I consider fundamental,” she added.
Marine Le Pen's 33.9 percent showing against Macron weakened her standing in the party, even though she racked up an historic 10.6 million votes.
Le Pen accused the country's main political parties of “colluding” with the government and the new president.
Macron revealed his new cabinet this week, with a mix of Socialist, centrist and Republican parties.
“The subject of the euro worries French people considerably, in an almost irrational way,” said Le Pen, who ran on an anti-Euro campaign in the presidential election.
“We are going to have to take this into account, discuss and reflect.”