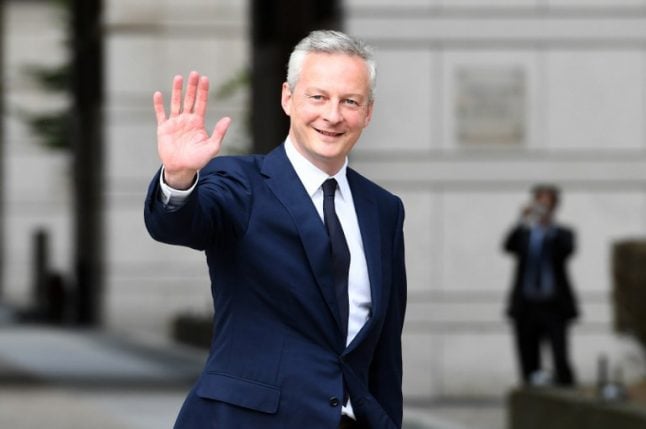 Economy Minister Bruno Le Maire could face embarrassment if he fails to win his seat. Photo: AFP
French President Emmanuel Macron appointed his first cabinet on Wednesday mixing Socialists, centrists and rightwingers with newcomers to politics as he pressed ahead with plans to create a broad governing coalition.
Macron's government, which blurs party lines, may have angered those on the left and the right but it appears it went down well with the public with a poll showing six out of 10 were in agreement. Although some complained that Macron had reneged on a promise to create a minister for women's rights by simply naming a secretary of state for equality.
But he may have to do it all again because the crucial legislative elections in June could yet put a spanner in the works.
For a start Prime Minister Edouard Philippe confirmed on Thursday morning that those ministers who are standing in the elections will have to step down if they lose their seat.
Those who risk embarrassment include Economy Minister Bruno Le Maire, who jumped ship from the Republicans to join Macron's Republique en Marche (REM) government, Richard Ferrand, the minister of the cohesion of territories, Annick Girardin, the minister for overseas territories and Marielle de Sarnez, the minister of European Affairs.
Secretaries of State Christopher Castaner and Mounir Majoubi also face a nervous vote in the two rounds of the June elections before their places in the government are confirmed.
Neither will want the ignominy of joining former PM Alain Juppé who was forced to give up his role as Minister of Ecology in 2007 after losing his seat in the parliamentary elections. In 2012 some of François Hollande's ministers decided not to stand in the elections to keep their roles safe.
But Emmanuel Macron could also face a major reshuffle if his party fails to gain a majority, a real prospect given that his En Marche! movement is just over a year old and has no experience of fighting a general election campaign.
If the right-wing Republicans party win a majority then they will almost certainly force Macron to ditch his PM Philippe and enter into “cohabitation”, which essentially means President Macron would have to accept a PM and a government not of his liking. His grand plans to reform France could go up in smoke.

François Baroin, who is leading the campaign for the Republicans has made it clear that his party don't intend to go into coalition with Macron's REM, but take complete control.

“We don't want to be the biggest opposition force, we want to have the majority to govern the country,” said Baroin.
Macron however will hope that his government, that includes 11 members of civic society will help persuade French voters to back REM in the parliamentary elections and ensure that he doesn't have to announce a new government all over again.
Prime Minster Edouard Philippe told France Inter radio on Thursday that the government “has been built to last”.
“The legislative elections are essential but the government is there to prepare the recovery and to launch projects,” Philippe said.
And there was some good news for Macron on Thursday with a new poll showing his REM party had stretched its lead ahead of parliamentary elections next month adding to the positive momentum for the 39-year-old leader.
A survey from the Harris Interactive group showed that 32 percent of people planned to vote for Macron's Republique en Marche (REM) in the first round of parliamentary elections on June 11.
The figure showed a three-point gain from the week before, with the rightwing Republicans and far-right National Front losing one point each to stand at 19 percent. 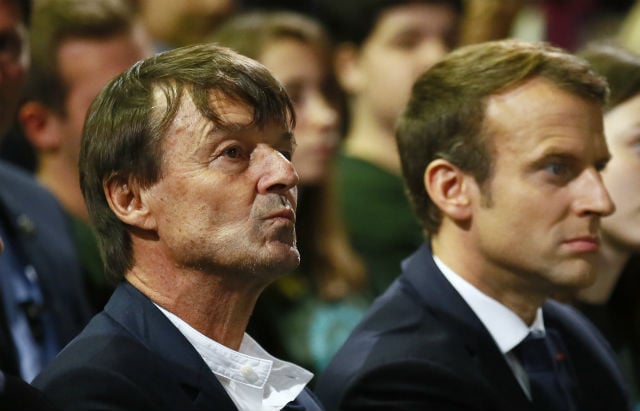