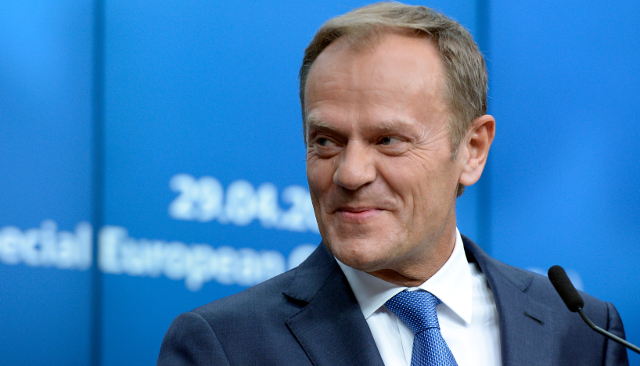 The two will have lunch at the Elysée Palace before Macron is expected to announce his cabinet appointments.

Tusk was one of the first prominent European voices to congratulate Macron on his May 7 presidential election runoff victory over French far-right and anti-EU politician Marine Le Pen.

In picking Macron, Tusk said the French people had chosen “liberty, equality and fraternity” and “said no to the tyranny of fake news”. Macron, who ran a pro-European election campaign, kept with tradition by visiting German Chancellor Angela Merkel on Monday in his first trip abroad after taking office.

The pair now at the centre of the European project vowed to give it new impetus, saying they were ready to change treaties if necessary. Macron has urged a reconstruction of the EU to fight off a recent surge of populism on the continent.

The French president on Tuesday hosted UN Secretary General Antonio Guterres, the first foreign dignitary to visit since he took office on Sunday.