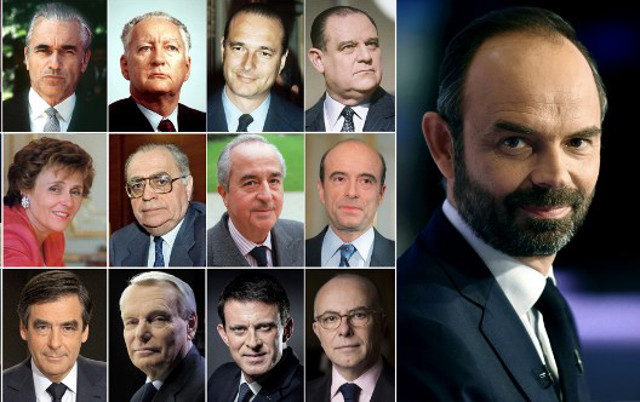 Anyone new to French politics would be forgiven for wondering why a new prime minister and government are always announced before the crucial parliamentary elections that follow the presidential election.

Given June’s two rounds of legislative elections could dramatically change the political landscape in the country it’s a fair question.

As promised, new French president Emmanuel Macron named his prime minister on his first full day in the job on Monday, picking Edouard Philippe from the right wing Republicans party. Macron hopes by picking Philippe he can broaden his Republique en Marche (REM) party's appeal and try to undermine the right at the same time.

Philippe was due to name his new government on Wednesday, a day later than normal after Macron wanted checks to be carried out on each person to make sure they were not hiding any skeletons or pore to the point secret bank accounts.

The government will feature around 15 ministers from the right and the left as well as some from civic life and from Macron’s centrist REM (Republic on the Move) party.

But it could all be for nothing.

If REM fails to gain a majority in parliament in June's elections or even worse, if the right wing Republicans party storm the vote to take control of the National Assembly then Macron will almost certainly be forced  to ditch Philippe as well as his government.

So shouldn’t he wait?

“There needs to be a prime minister in place so he can lead the battle to win the parliamentary elections,” said Bruno Cautres, a French political analyst from the Cevipof think tank.

Essentially naming a new PM and a government, members of whom don't have to be elected in France, is aimed at boosting the appeal of Republique en Marche to voters.

Macron hopes centre-right voters who would normally vote for the Republicans (formerly UMP) will be convinced to switch to his party knowing the PM will be from the right. Among the ministers set to be announced on Wednesday there may also be several figures from the Republicans party, which would send another jolt through the party, whose candidate François Fillon, became the first ever on the right to fail to make the second round of the presidential elections for the first time.

While those on the centre-left might not appreciate the choice of Philippe, the mayor of Le Havre, they should be appeased by the naming of several Socialists in key government positions.

So while Macron has done his job by winning the presidential election, it is now the job of his PM and the government to win the parliamentary vote.

Paul Smith, a professor of Francophone studies at Nottingham University told The Local: “In the situation such as France is in at the moment, the PM is expected to prepare and to win the general elections.

“This was always the expectation before 2002 and since the reform that reduced the presidential term to five years and brought the presidential and parliamentary elections into line, this has become doubly important. Thus, François Fillon was put in charge of the general election for 2007, Jean-Marc Ayrault in 2012 and now Edouard Philippe for 2017.

“In the French constitutional system, the authority and legitimacy of the Prime Minister derive, in the first instance, from the President, not from parliament. Indeed, all ministers, not just the first minister, are the President's appointees. To this end, it is not permitted for ministers to also be members of parliament, a system that may seem odd to the British mind.

Smith spelled out the importance of the upcoming elections to Macron’s chances of keeping Philippe as his chosen PM.

“It remains to be seen if Edouard Philippe can win the election outright for REM or if he has to negotiate a coalition with the right, depending on the balance of forces between REM and the Republicans (LR) or the third option being that if he fails and the LR win so many seats that Macron is forced to invite someone else like François Baroin to replace Philippe as PM.

Baroin has made it clear that the Republicans don’t intend to go into coalition with Macron’s REM, but take complete control.

“We don’t want to be the biggest opposition force, we want to have the majority to govern the country,” said Baroin.