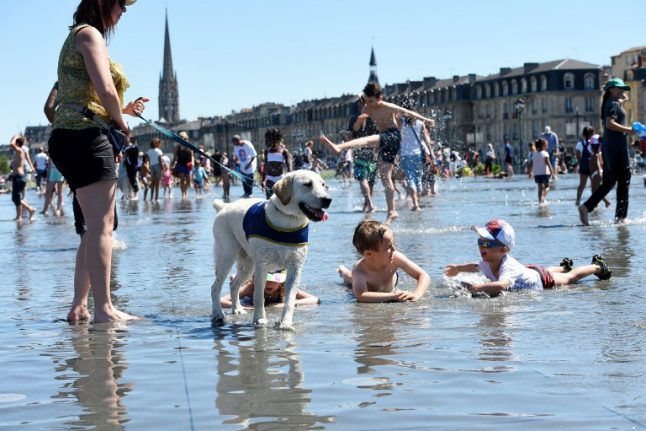 File Photo of Bordeaux in the sun. Photo: AFP
For the next two days much of France will enjoy the kind of summer temperatures usually seen in July and August.
In the south west of the country on Tuesday temperatures are likely to exceed 30 degrees for the first time this year according to national weather agency Méteo France.
In the Bordeaux region some forecasts say the mercury will reach 33C hence suggestions that the unseasonal high temperatures will break records in parts of the south west for this time of year.
In the city of Toulouse the temperatures will hover around 30C on Tuesday and Wednesday afternoon. In Paris the mercury is forecast to hit 28C on Tuesday and 29C on Wednesday so its time to  reserve that table on the terrace or head down to the banks of the Seine. Or head to one of the city's parks to find some shade.
In the south temperatures are expected to rise to 28C in Nimes and 26C in Montpellier. while in Lyon the mercury will hit 25C on Tuesday and 28C on Wednesday.
It was a similar story for most of the country.
However in Brittany in the west of the country the cloud will likely return to the skies and Bretons should expect some rainfall later on Tuesday.
However the forecast says that rain will return to the country on Thursday, coinciding with a drop in temperatures.