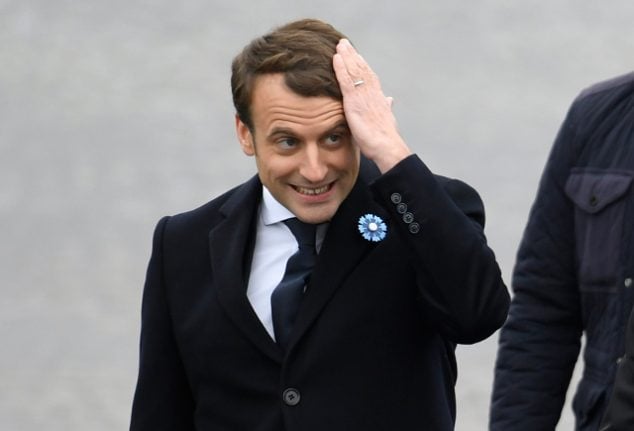 Macron has been under pressure to reveal the name of his prime minister for several weeks, but he has so far refused to divulge the person who will lead his government.

The new president, who is backed by his pop-up La Republique En Marche! (formerly just En Marche!) movement rather than a traditional political party, says he will reveal the name on Monday.

In the meantime the names of his possible prime minsters continue to fly around, although we can safely rule out names such as François Hollande, Manuel Valls, François Fillon, Marine Le Pen and the person that threw an egg at him at the Agricultural show earlier this year.

Here's a look at some of the contenders. According to an Opinionway poll, International Monetary Fund chief Christine Lagarde is the most popular among Macron's potential Prime Ministers.

Some 13% of those questioned would like to see Lagarde as his PM. She has been minister three times (for Trade in 2005, Agriculture in 2007 and Economy in 2011) and is therefore vastly experienced.

However her name may be slightly tarnished given that last year a French court found Lagarde guilty of negligence over a €400 million payout to the tycoon Bernard Tapie in 2008.

Tapie was not however handed any punishment and immediately received the backing of the French government. Leader of the centrist Democratic Movement (MoDem) François Bayrou, 65, joined Macron at a crucial time in his campaign, when he started to dip in the polls. Bayrou had initially been hostile to Macron.

Bayrou told Macron he was simply there to help and insisted his backing did not come with any conditions attached – namely a position in his government.

Nevertheless Macron could go for the mayor of the city of Pau, (in the south-west of France) who served as Minister of Education from 1993 to 1997 and who has run for the presidency on three occasions.

Bayrou holds considerable influence behind the scenes in parliament but would hardly embody the renewal Macron has promised.

Bayrou is not popular among the right, who blame him for Nicolas Sarkozy's defeat in the 2012 presidential campaign. Bayrou had publicly backed François Hollande. Praised for her experience of the EU institutions, 52-year-old Goulard (pictured above to the right of Macron) is Member of the European Parliament for Bayrou's MoDem party.

Having organized Macron's visit to Berlin with German chancellor Angela Merkel on March 16th, Goulard was also Romano Prodi's advisor when he presided the European Commission. But Goulard lacks heavyweight parliamentary experience in France and is unknown to most French people. Philippe is close to centrist Alain Juppé, the former presidential candidate who was defeated in the right wing primary.

The lawmaker briefly joined the Socialist Party when he was a young man before jumping ship to the Republicans party when it was called the UMP.

Philippe is fairly new in politics having only been an MP for one term but is he heavyweight enough to lead a government? The current 69-year-old Minister for Defence in Hollande's Socialist government is liked and respected by both those on the right and the left.

He is a heavyweight and has experience of being in government which Macron could well need. Le Drian made his support clear for Emmanuel Macron very early in the campaign.

His opponents argue that his age and his closeness to Hollande will go against the renewal that Macron has promised. The MP for Finistère in Brittany Richard Ferrand, 54, is one of Macron's oldest and closest allies and became general secretary to En Marche.

Ferrand worked closely with Macron on the former minister's controversial reforms to free up sections of the economy, like the Sunday shopping rules.

Although loyal and an experienced MP, Ferrand's Socialist background and lack of visibility could prove a downside.

However Ferrand is someone “who has a will to lead a fight. He is someone who already has political experience, that's undeniable”, Macron told Le Parisien before his election. The Republican's Xavier Bertrand, 52, is vastly experienced having served once as Minister for Health and twice as Minister of Labour.

He is also Mayor of Saint-Quentin and President of the regional council of the Hauts-de-France.

Bertrand could be a good pick for Macron as he comes from the right and is respected on the left and could signal the image of all-inclusiveness that Macron is after.

But it's unclear whether Bertrand would jump ship and he doesn't exactly symbolize renewal. She has been a secretary of state in previous French governments under former PM's Alain Juppé and François Fillon.

Macron said during his campaign that he was very eager to name a woman as PM so given her experience in both civil and political life Idrac could fit the bill perfectly.

On the other hand, Idrac has little parliamentary experience and has been out of politics for many years. Aged 66 Borloo, a lawyer and a former Minister for Ecology, comes from the right but retired from French politics three-years ago for medical reasons.

Borloo, who supported Sarkozy's 2012 Presidential campaign is on bad terms with François Bayrou, given Bayrou endorsed Hollande five years ago.

Borloo has said he would be ready to “help” Macron if he got elected.

The other names circulating include Republican's Bruno Le Maire, who ran for the presidency and was defeated in the primary, Jean-Paul Delevoye, 70, a former minister under Jacques Chirac's and now an En Marche official, Bertrand Delanoe, a popular former Socialist mayor of Paris, former leader of the Medef business leaders union Laurence Parisot and the Socialist Mayor of Lyon Gérard Collomb.