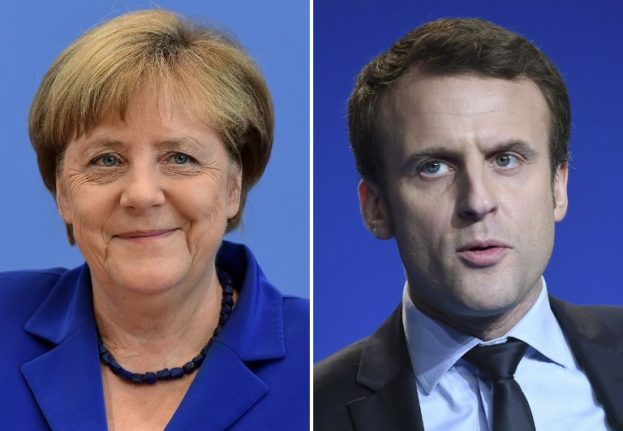 Macron’s trip maintained a French presidential tradition of making the first European trip to the other half of the EU’s power couple.

In Berlin on Monday, the fervently pro-Europe Macron will push for deeper ties in the 28-member EU to help the bloc overcome the imminent departure of Britain.

France’s place is in the European Union “which protects us and enables us to project our values in the world”, Macron said on Sunday, but the club needed to be “reformed and relaunched”.

He intends to press for the creation of a parliament and budget for the eurozone which would see Germany, the zone’s richest member, contribute funds to support economic growth in weaker nations.

But Germany warned Macron on Monday to hold off on his push for radical EU reforms, saying that far-reaching action requiring treaty changes was currently “not realistic”.

European Commission chief Jean-Claude Juncker had pointed out that “a major change with a eurozone finance minister and a budget would require a change in the EU’s main treaty,” said Friederike von Tiesenhausen, a German finance ministry spokeswoman.

Amending the treaty would require approval from all 28 countries in the bloc, “which is at the moment not realistic,” she said.

Foreign Ministry spokesman Martin Schaefer also said: “There is agreement within the government that, given the difficult situations we in Europe are confronted with, a plan with treaty changes is not a good idea.”

While relieved that Macron prevailed over far-right leader Marine Le Pen, German media reports have begun warning that the EU reforms championed by France’s new leader could be costly for Germany.

But hours ahead of Chancellor Angela Merkel’s meeting in Berlin with Macron on Monday, the German leader sought to play down any differences.

She said she would be going into the talks focused “first on what we can achieve together, and not on what doesn’t work.”

“I’m not going to be a know-it-all” giving lessons to France on what it should do, Merkel added.