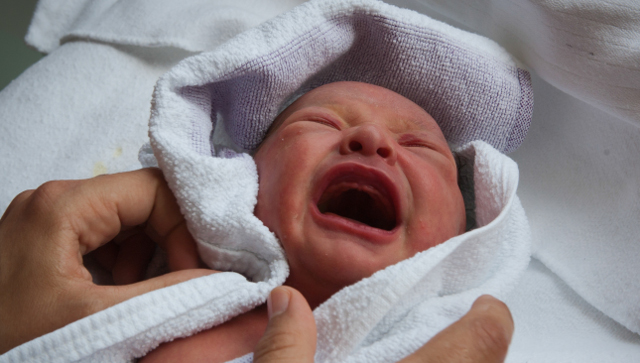 Photo: AFP
A couple in Brittany, western France recently discovered exactly how stressful choosing your baby's name can be in France when they tried to register their newborn “Fañch”, which is Breton for “François”.
“Someone from the local authority's civil registration department called us to say that she could not register Fañch and we'd have to find another name,” Jean-Christophe Bernard, the baby's father told Europe1 radio.
“We chose this name nine months ago and now we're unhappy and angry that we've been told it's not possible to use it,” Bernard continued.
And while the name is unusual, it isn't unheard of, with noteworthy bearers of the name including Breton authors Fañch Peru and Fañch Broudig.
And even though the letter “n” with a tilde (ñ) is more commonly associated with Spanish, it also exists in Breton, the traditional language of Brittany. But unfortunately for the couple in question, it doesn't feature on the government's official list of acceptable letters.
Parents in France have often fallen foul of the rules regarding baby names.
Up until 1993 parents in France had to choose a name for their baby from a long list of acceptable “prenoms” laid out by authorities.
But the list was scrapped under President François Mitterand and French parents were given the liberty to be a little bit more inventive.
However courts can still ban names if they decide it is against the child's best interests.
And since 1993 judges have been forced to step in on a number of occasions, including in 2006 when a Montpellier court wasn't happy about a child being named “Happy” – or “Joyeux” in French.
It remains unclear if the child was named after the cheeriest character in Snow White and the Seven Dwarfs, but either way, the name was rejected due its “fantastical, almost ridiculous nature, that could create difficulties and actual embarrassment for the child”.
The names “Nutella”, Fraise (Strawberry) and Manhattan have also fallen foul of the French name police in recent years.
READ ALSO: The French baby names the law wouldn't allow