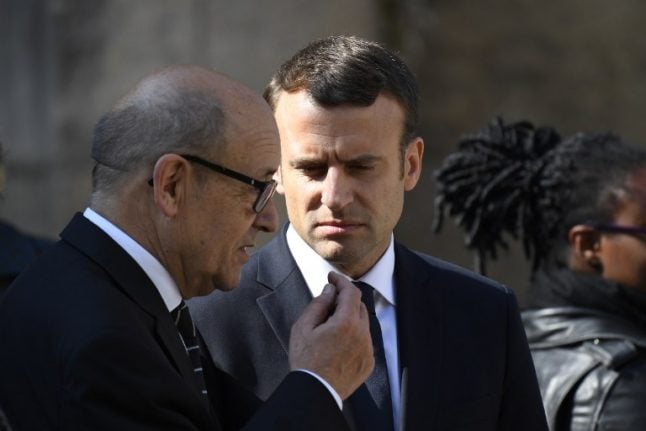 Photo: AFP
Macron, 39, has vowed to inject new blood into France's jaded political system.
His La Republique en Marche (Republic on the Move) party presented a total of 428 candidates on Thursday – a mix of men, women, new faces on the political scene, and at least one female ex-bullfighter (more on her later).
But as soon as the list was released, some of the people featured were quick to point out that they weren't supposed to be there.
Mourad Boudjellal, the president of the Toulon Rugby Union club (pictured below) denied having anything to do with the list.
He told Le Monde newspaper: “I'm not a candidate for anything”. It was a similar message from Augustin Augier, the secretary general of the humanitarian medical INGO Alima who took to Twitter to say he was not a candidate “contrary to the list published by En Marche!”
Other hiccups include the inclusion of François Pupponi, a Socialist MP, who “never asked to be a candidate and intends to run as a Socialist”, reported Le Monde.
Stéphane Saint-André, an MP for the Parti radical de gauche, took to Facebook to decline the nomination.
The list also included Francis Giudici, a mayor in Corsica who was one of the first to bring in the controversial burkini bans last summer. Macron had made it clear he was against the bans at the time.
Lastly, MoDem MP Thierry Robert should never have been on the list, given that those with criminal records weren't allowed in the first place. He was sentenced in 2016 for the defamation of political opponents, reported L'Express newspaper.
The République en Marche told the paper that his name had been included “by mistake”.
But it was Macron's centrist ally François Bayrou, the head of the centrist MoDem party that joined forces with En Marche! who really threw a spanner into the works.
A furious Bayrou told the French press that Macron's list did not have his “consent” and then announced he was calling a meeting of his party's senior figures to discuss the list.
“The list of investitures published this afternoon is that of the political movement En Marche!, it is in no way the list to which Modem has given its consent,” Bayrou told AFP.
Bayrou wanted more MoDem names on the list and according to reports spent Thursday on the phone to Emmanuel Macron trying to reach a compromise.
With their alliance, that was seen as crucial to Macron's run for the presidency, suffering early strains, Macron's team have stressed that there are still some 150 candidates yet to be decided on.
Macron, a former investment banker who has never held elected office, faces other tricky decisions.
The biggest among them is his choice for prime minister, who will head the government until at least the parliamentary elections on June 11 and 18 and perhaps beyond.
The choice will send a strong signal about Macron's intentions, and he has promised to pick someone with past experience of parliament and capable of managing a majority. His declared preference is for a woman.
Amid feverish speculation in the French media — will he pick a loyal supporter or someone from the rightwing Republicans? — nothing has leaked from his small group of aides.
The political consequences of Macron's victory are still being felt, with the Socialists fighting for relevance and the Republicans eager to become the main political force in parliament after the June elections.