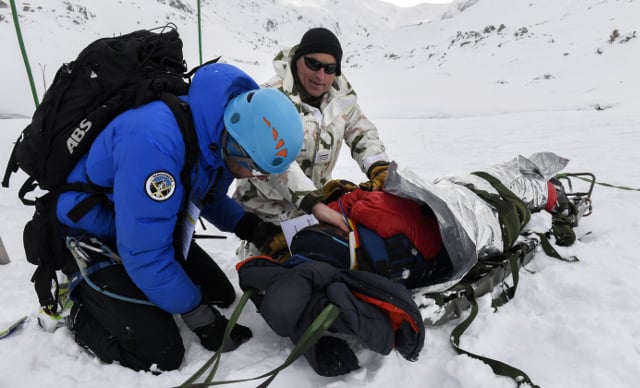 The avalanche occurred near Bonneval-sur-Arc in the Vanoise National Park on Tuesday morning.

The alarm was raised at about 10.30am and search teams were immediately sent to the area.

“We know from a reliable source that there were only three” victims, Gabriel Blanc mayor of Bonneval-sur-Arc told AFP

The local government had earlier said a search was continuing for more possible victims.

The three were headed towards the Greffier col, the mayor said.

Authorities do not know what caused the avalanche.

The cross-country skiers were apparently traversing the Vallonet glacier when the avalanche was triggered. They were swept away by the wall of snow. The area had been placed on a yellow alert by the country's weather agency Météo France due to the mild temperatures which have made the snow on the high slopes more fragile.