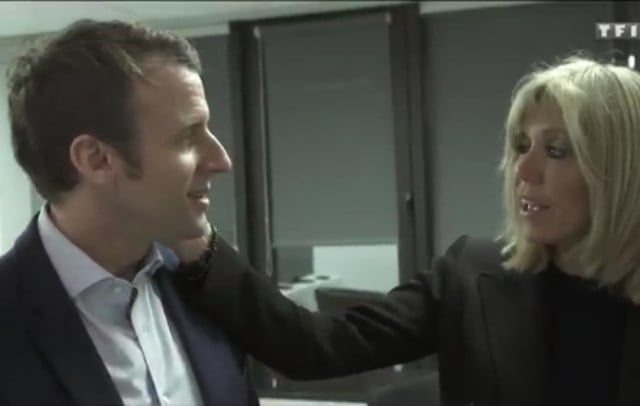 French TV viewers were given an instant insight into their new president Emmanuel Macron on Monday night, just a day after his stunning victory in the second round of the presidential election.

The documentary titled “Les Coulisses d'un victoire” (Behind the scenes of a victory) that was shown on TF1 was the talk of the web on Monday night with the Twittersphere going into overdrive as the French public reacted to completely unseen footage of Macron's road to the Elysée.

Camera crews had followed Macron around for seven months taking hours and hours of footage that were cut down to just 90 minutes.

While many viewers and media commended the documentary, critics on Twitter complained it was “pro-Macron propaganda” and proof that the media were on his side.

We've picked out the best moments and some clips to watch.

'The battle for Whirlpool'

One of the most intriguing scenes of the documentary concerns the famous “Battle for Whirlpool” which became one of the standout moments of the campaign.

Macron is seen watching mobile phone footage of Marine Le Pen pulling off her now infamous publicity stunt when she turned up at the Whirlpool factory to greet striking workers. At this point Macron was stuck in an office at the Chamber of Commerce where he had met union representatives.

He tells his team he should have visited the workers. “We have fears because we are bourgeois” and that he “can't afford to be seen to be hiding”.

When the question of his security is raised Macron tells his team “don't listen to the security guys”.

“I will never be safe because the country is like that. If you listen to the security guys, you will end up like Hollande…” he told his staff before saying he had to “go into the heart of the beast every time”, in other words the heart of the battle.

Macron then went up to the Whirlpool picket line and despite being given a hostile welcome, he stayed for over an hour talking to workers and left with his credit restored.

“If anyone has betrayed Hollande it's Valls”

In one clip Macron's team can be seen listening to François Hollande's speech when the outgoing president told the nation he would not be running for a second term.

Macron immediately calls his team on the speaker phone to get their reaction.

“Many Hollande supporters would find it hard to give Valls their votes. If anyone has betrayed Hollande it's Valls,” says Macron.

Macron tells Obama he will 'fight to the end'

The moment Barack Obama calls Macron is also caught on film and had been previously shared by Macron's team during the campaign. Obama eventually endorsed Macron two days before the second round.

The clip below is in English with Emmanuel Macron proving he is a highly capable speaker of the language, unlike previous French presidents it has to be said.

Obama can be heard telling Macron to make the most of the last day of campaigning because “it could make the difference”.

Macron replies: “I will do my best. I will fight to the end.”

“You are not old enough but that doesn't matter”

One of the key moments of Macron's campaign was when fellow centrist François Bayrou endorsed him and joined forces with him.

It was the first time a heavyweight politician had openly got behind Macron.

Their meeting in a cafe is filmed. Bayrou looks a little uncomfortable with the camera around but he tells Macron: “It's a bizarre thing, the President of the Republic. You are not old enough, but it doesn't matter. If you can succeed where I failed I will help you.”

And the clips that made the web laugh…

Macron has been commended for his expert use of the French language during the campaign particularly after his verbal slanging match with Marine Le Pen, but in the documentary he showed he was just like any other Frenchman and woman by blurting out the words “merde” (shit) and “putain!” (which essentially can be translated as “f**k!”)

READ ALSO: An ode to the greatest French swear word ever

The clip below shows Macron reacting to the fact Monaco had beaten Marseille at football and it was one of the most shared clips on the web.

“Ah shit, that's the f**king second time,” says Macron, before his wife Brigitte interrupts saying “we don't care about that.”

“That's for the kids menu…”

Another clip that made the web laugh was when Macron arrived at a canteen with his team and had to choose from a variety of dishes.

He told staff he liked the “cordon bleu” a classic French staple dish of meat, wrapped around cheese, pan fried in breadcrumbs, that would normally be found on a school dinners menu rather than a restaurant.

Macron looks disappointed when the server tells him “the cordon bleu is with the kids menu.”

He is forced to take salmon instead.

Macron laughs at getting egged

One moment that touched the web was when Macron was seen watching footage of the moment he was hit smack in the middle of the head by an egg, thrown by a protester when he visited the annual agriculture fair in Paris.