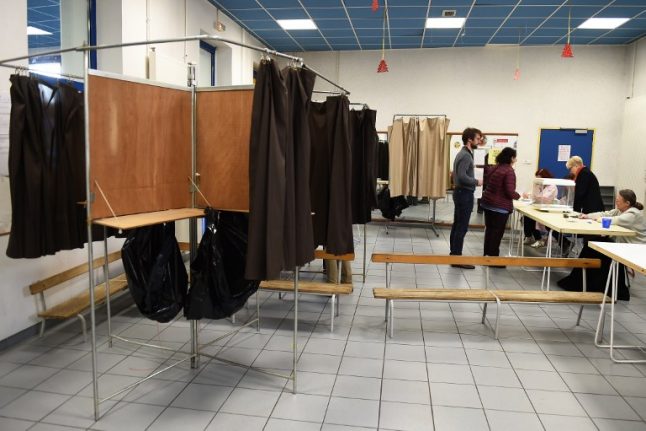 Turnout in the French presidential run-off election was 65.30 percent at 1500 GMT on Sunday, lower than both the first
round and the 2012 vote, data from the interior ministry showed.

The figure was 6.6 points lower than in the 2012 run-off for president, and about four points down from this year's first round of voting on April 23.

The tweet below shows it is the lowest turnout at 5pm since 1981. The final participation rate is expected to be 74 percent.

At midday the participation rate for the second round of the French election was measured at 28.23 percent at midday.

Back in 2002, when Jacques Chirac faced off against Marine Le Pen's father Jean-Marie, the midday participation rate was 26.19 percent. This Sunday's rate may be a lot lower than the past two elections at least, but it was only slightly down on the first round rate of 28.54 percent from two weeks ago.

The fact that hardly anything has changed in two weeks suggests that the mass abstention fears may amount to nothing, news that will no doubt calm Macron's nerves. Macron is the favourite to win, but was also tipped to suffer the most if the French avoided the polling stations en masse.

There has been talk of mass abstention for the second round, due to several factors.

These include a dislike for both Emmanuel Macron and Marine Le Pen, those who think there's no point voting because the result is a certainty, and even those who preferred to head away for the long weekend rather than stay and vote.
The next figures will be released at 5pm.