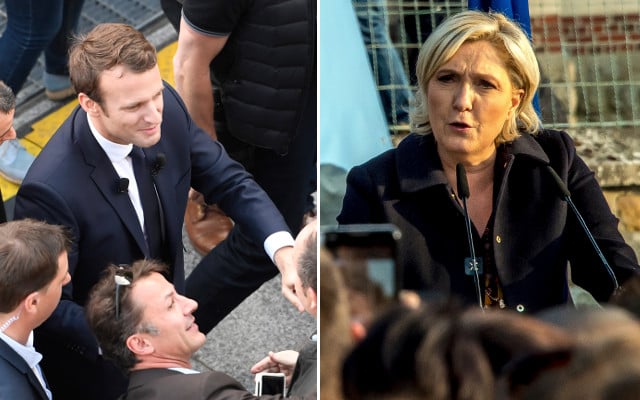 The day before the result is announced is a chance for a bit of a break from the election circus for candidates and the press as both campaigning and publishing polls aren't allowed by French law. The official campaign ends at midnight on Friday and any French media caught publishing polls after that would be slapped with a €75,000 fine.

“Election silence” for a limited period of time before the vote is fairly common and used in countries such as Australia, Ireland, Spain and Italy, often as a “cooling off day” for reflection to create a voting environment that's a little less pressurized. When do French people vote?

On the big day French people will head to the polls from 8am to 7pm, or until 8pm in the big cities. One petition is going around to get people to vote after 5pm on Sunday to send Macron a message of their reluctance to vote for him.

Where will the candidates be on Sunday?

The candidates themselves get to vote too. Macron will vote in the northern seaside town of Touquet where he and his wife Brigitte have long been registered. Le Pen will again vote in Hénin-Beaumont, the northern National Front-run town where she held her election night in the first round.

Macron has yet to announce where he will hold his election night event but it will be in Paris.

Le Pen's team said her event will be in the capital this time, to the relief of the scores of international journalists who had to figure out how to reach Hénin-Beaumont in the first round.

She will spend the evening at the Bois de Vincennes to the east of the city for the result, and a celebration afterwards (whether she wins or loses).

Both events will be packed with supporters, staff and hundreds of French and international media, including The Local France.

Join us from 3pm on Sunday for our live coverage.

The crucial result will be announced once again at 8pm, when the image of the next president of France will be shown on TV screens, prompting either wild celebrations or groans of despair among the public.

The photo below shows the moment François Hollande's face was broadcast when he won in 2012. The result is based on the votes counted in 250 designated polling stations around the country that are considered to be have an accurate cross section of French voters. Hence the initial percentages given at 8pm can change slightly as the rest of the votes are counted.

However these days with social media and foreign media who don't stick to the strict rules it's hard to keep the results under wraps until 8pm.

Station Radio Londres is notorious for side-stepping the election silence rule and releasing polls and estimations before 8pm. The French public are told to be wary of the unofficial results and rumours spreading around on the election weekend.

The “official” final figures won't be announced until May 11th. In 2012 thousands thronged into Place de la Bastille to celebrate François Hollande becoming the first Socialist president to be elected since 1988.

But it's unsure whether there will be such a spontaneous public outpouring of joy and emotion in Paris on Sunday, regardless of the result.

Le Pen plans to celebrate at the Bois de Vincennes to the east of Paris, whether she wins or not, while Macron is set to celebrate in the iconic Esplanade du Louvre where the pyramids are, but only if he becomes president.

Whoever wins on May 7th will be inaugurated between the 11th and the 14th May, the date when Francois Hollande's mandate runs out.
There will be a formal “passing over of powers” as well as the traditional trip to the City Hall in Paris.
But election season isn't quite over as the regional “legislative” elections begin their first round on June 11th, and second round on June 18th.
And then it's off to work for the next five years before we do it all again.
By Rose Trigg