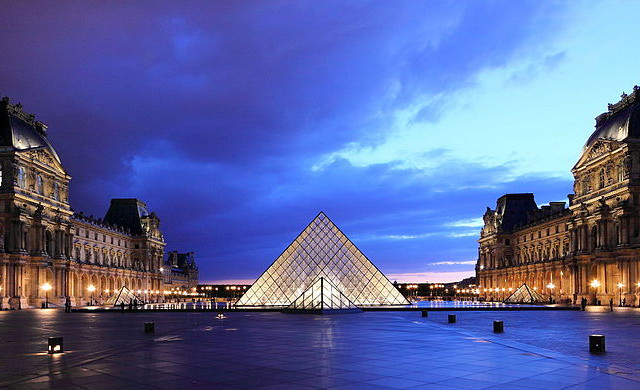 If Emmanuel Macron wins the election on Sunday night, which is very likely according to the polls, he plans to celebrate at the Esplanade du Louvre in central Paris.

That's right, the wide open courtyard where tourists flock to see the iconic glass pyramid above the Louvre museum.
Macron rejected a few other locations in the planning stages, including Place de le Concorde, which he reportedly considered to be too right-wing (Nicolas Sarkozy and Jacques Chirac had both celebrated election wins there).
He also said “non” to Bastille and République in eastern Paris due to connotations to the left.
No surprises, perhaps, that the centrist Macron chose a new location in – you guessed it – the very centre of Paris (see map below). Macron had initially tried to get permission to hold the event on the lawns of the Champ-de-Mars by the Eiffel Tower, but he was denied permission from the City Hall.
The mayor's office said they preferred to keep the grass intact for an upcoming visit of Olympic Committee members (remember Paris aims to hold the Games in 2024). Can't damage these lawns. Photo: Tony Grist/WikiCommons
There were also concerns about an underground car park full of luxury car park that would need to be evacuated for security concerns, Europe 1 radio reported.
Macron's rival Marine Le Pen plans to hold her own event at the Bois de Vincennes to the east of the city.
READ ALSO: What happens now? French presidential race enters crunch time