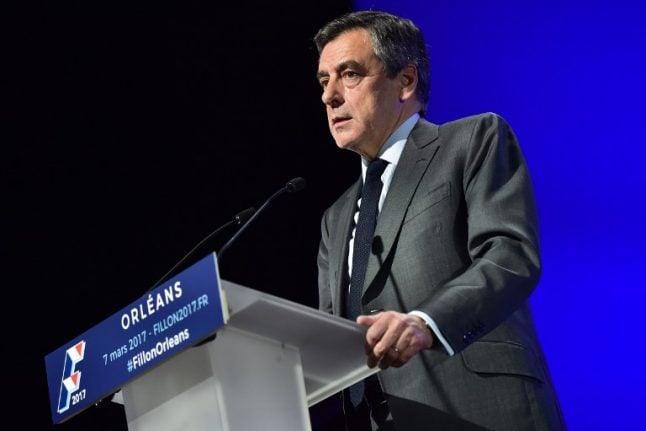 Photo: AFP
The complaint is aimed at investigative weekly Le Canard Enchaine, which published the first revelations that former prime minister Fillon put his wife on the public payroll with little work to show for it.
Fillon's complaint says a subsequent report on April 12 amounted to “false news”, which when published less than two weeks before the first round of voting could only influence its outcome, a source close to the probe said.
Fillon's camp confirmed the complaint, which the paper will announce in its latest edition due on newsstands Wednesday.
According to the paper, the complaint alleges violations of France's electoral code that targets “false news” and “slander” aimed at influencing voting. Fillon has been charged with misuse of public funds over the accusations his wife Penelope had a fake job as a parliamentary assistant.
Fillon finished third in the April 23 first round of voting with 20.01 percent of ballots cast, behind centrist Emmanuel Macron and far-right candidate Marine Le Pen.
The complaint was filed on April 13, the day after Le Canard Enchaine published an article which claimed to add new details to the accusations it first made public in January.
For example, the paper said investigators had discovered that Penelope Fillon's first parliamentary job was in 1982 and not 1986, as he had claimed.
“Your claim is false and if you publish it, we will have to respond,” a person close to the couple told the paper at the time.
The paper broke the original story in January, when Fillon of the centre-right Republicans party was the early favourite to become president.