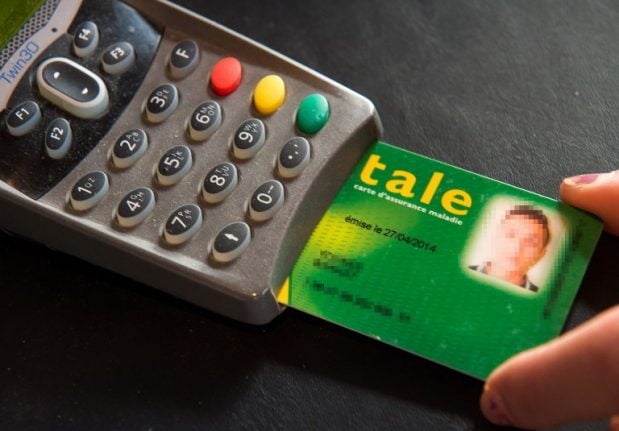 All photos: AFP
Here's a rundown of  main ones you need to know about.
Cost of a doctor visit increases
Yes, the famed (minimum) €23 that you need to visit a doctor in France is no longer – it's now €25.
If you're bringing a child under the age of six to the doctor, this price will now be €30.
France has had a long time to prepare for the €2 hike, so it shouldn't come as any surprise. Gas prices drop by 3.3 percent
While the doctor may be more expensive, you may at least be among the 6 million customers of gas provider Engie who'll be making a saving this month.
May's 3.3 percent drop comes after a reduction of 0.73 percent last month.
Forced declarations of Airbnb listings

Cities in France with populations of 200,000 or more can force Airbnb and other home-sharing hosts to declare their listings.
The same also applies to the three departments that surround Paris.
In other words, you may soon be actually affected by caps for the maximum number of days that you can rent out your apartment for the year (120 days) as it is in Paris.
Hosts will have to charge the tourist tax too. New web platform to value homes
As of Monday the 1st, the public has had access to a new digital platform from the Ministry of Finance that allows people to estimate the value of their property.
The platform, called Patrim, still doesn't cover the entire country. See if your area is online here.
Free skin cancers checks
This isn't a change, as such, but it's worth knowing. Some 300 dermatologists in France have said they'll be doing their bit to fight skin cancer by offering free checks from May 15th to 19th.
Here's more information about the project, put together by SNDV union.
More taxes due (plus your declaration)
Not really a change either, but also important: If you haven't organized to pay your taxes monthly, then the second of the three annual allotments is due between May 15th and 20th.
You can pay by check, or cash up to €300, or even online or with your smartphone. More information here.
May will also mark the deadline for sending in tax declarations – May 17th if you do it by snail mail.
If you want to do it online, your deadline is:
May 23rd for those living in departments 1 to 19 May 30th for those living in departments 20 to 49
June 6th for everyone else
and finally…
The President
Of course the big change in France this month will come on May 7th when the country elects a new president.
As you probably know, voters have a choice between Emmanuel Macron and Marine Le Pen.
You can follow all our election coverage by clicking on the image below or HERE. See what changed in April 2017 here