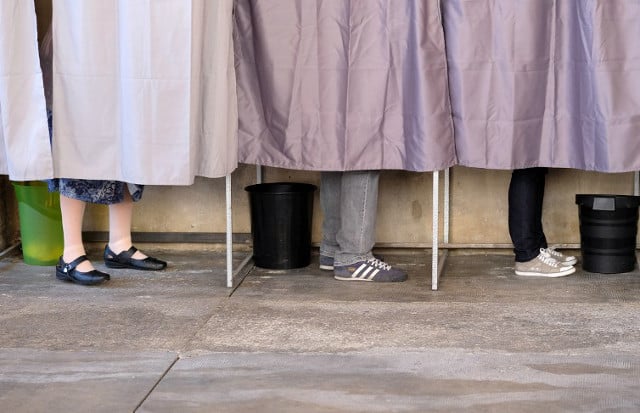 With Emmanuel Macron's camp fearing that a record rate of abstention could allow Marine Le Pen to sneak into the Elysée, there are a growing number of editorials in France by celebrities, politicians and editors urging voters to back the former investment banker, even if they disagree with his pro-free market vision of France.

“I would like to calmly address those who have decided not to vote against Marine Le Pen because they see Le Pen and Emmanuel Macron are two sides of the same coin, and also those who hesitate to vote because they believe “it’s certain that Macron will win by a majority.”

I’ve considered the problem from different perspectives, to understand the reluctance to vote for a candidate supported by the right, the big bosses, the liberals ready to sacrifice those workers at the Whirlpool factory, but I just can’t bring myself to believe that in the end you will stay away from the ballot box.

This is not about giving orders, moral lessons, or an exercise in guilt-tripping. We can make all the difference between our fundamental enemies and our existential enemies.

Emmanuel Macron has, for some among you, the face of the enemy, but he is not the enemy.

It’s definitely Marine Le Pen, the ally of racists, anti-Semites, holocaust deniers, violent groups and homophobes, who is the enemy of democracy and the French Republic.

To give her one single vote would silence the struggles of the left which we lead, and the battles we have fought against the extreme right.

Many other arguments could push you towards not voting.

READ ALSO: France's defiant abstainers: 'I will not be an accomplice to this disaster' Let’s examine them one by one.

The first is that, in the case of Marine Le Pen winning, her powers will be limited, especially because people will say the National Front cannot obtain a majority majority in the National Assembly. But that’s not completely correct.

The power of Marine Le Pen as President, even if diluted by a coalition government, remains immense and that by itself should suffice in convincing people not to allow her even the tiniest chance.

She would be able to make appointments within the civil service sector, the heads of top public institutions and members of the Constitutional Council.

Not to mention the ongoing state of emergency to which the doors are open to all sorts of interpretations.

After seeing how Le Pen as a Member of the European Parliament succeeded to redirect money from the EU to enrich her own party, public money would still continue to line the pockets of National Front.

To give the keys to the castle to Le Pen is to allow the possibility that she will remain there. Marine Le Pen as president would as head of the state benefit from immunity from prosecution up until the end of her term in power. History reminds us how the extreme right have often succeeded in slipping into power in stealth and how it is then difficult to remove them. Do we really want to take this risk?

The second argument in favour of boycotting the ballot box, is that Marine Le Pen will never pass the 50 percent mark she needs to win.

It's a fair argument.

READ ALSO: 'May 7th without me' – Could the second round be hit by mass abstention? Even in the case of a large number of abstentions and a low number of votes, the risk of seeing the extreme right candidate elected is low, albeit real.

But if Le Pen gains 40 percent of the vote it isn't the same thing as her winning 30 percent or 20 percent.

The more the National Front's score rises, the more it reveals the “Le-Penisation” of the French spirits which neither the right nor the left can resist.

If she picks up 40 percent or more the party is a good position to launch an attack of the parliamentary elections in June.

Taking the wind out of the National Front's sails is also an opportunity to decrease the porosity of its ideas.

The real victory of the National Front, as has been said many times before, is its capacity to impose its ideas, to anaesthetize the debate, to simplify a world that has become more and more complex.

But if the National Front wins 40 percent there will be even more unhindered verbal diarrhea from their party, even more racism, Islamophobia and anti-Semitism.

Is this what we want for all our stigmatized compatriots, notably black, Arab, and Jewish people? Isn't life already difficult enough for them? Do we need to add another layer to their suffering?

That 20 percent makes an important difference and should motivate us, together, to ensure not one single vote goes unused.

A lot of my friends who aren’t convinced are persuaded that Macron’s presidency will open the door to the National Front in 2022. But the year 2022 is far away.

We just have to remember this unpredictable election campaign to know that nothing is decided in advance.

Let's not forget that Marine Le Pen will eventually go, by her own discretion, or by force, before the judges for numerous corruption scandals that surround her. The work of the justice system will be far easier knowing that the ex-president of the National Front has been diminished politically.

This political defeat would ensure a quasi-civil war between different National Front factions.

So Le Pen will look at the 2022 election like a distant horizon.

For all these reasons, on May 7th, I will go to vote for Emmanuel Macron. And you?“ You can read the original article in French on Liberation's website by clicking here.