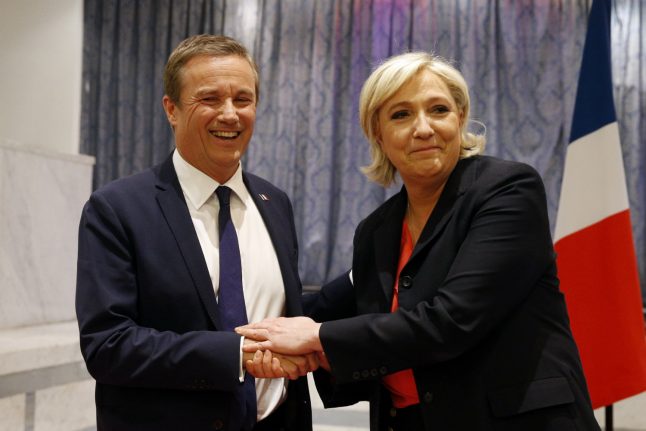 In a bruising contest against pro-European centrist Emmanuel Macron, Le Pen is hoping to broaden her base wide enough to win the decisive second-round election, despite polls suggesting she is 20 points behind.

The anti-immigration Le Pen, who wants to withdraw France from the euro, told reporters that she and Nicolas Dupont-Aignan, who lost in the election's first round with 4.7 percent of the vote, shared a “common project that we will promote together”.

“We will build a national unity government that will bring together people chosen for their skills and their love of France,” said Le Pen, 48.

Dupont-Aignan, 56, heads the Debout la France (France Stand Up) movement and, like Le Pen, favours pulling the nation from the eurozone.

Appointed by the president, France's prime minister leads the government and ensures the implementation of laws.

“On one side, there is a reactionary, anti-European right… and on the other, a progressive movement that supports an EU that protects as well as social and economic reform,” he said. “That is my candidacy.”

Polls give him a commanding lead of up to 20 points over Le Pen in the run-off but show the gap narrowing slightly after Macron's sluggish start to his second-round campaigning.

Jean-Francois Jalkh, who was tapped to lead the FN after Le Pen temporarily stepped down to campaign, was accused of praising the work of a convicted Holocaust denier.

“What I'm saying, and what really surprised me, in the work of a genuine negationist or revisionist… is the well-worked, rigorous nature of the argument put forward,” Jalkh, 59, was quoted as saying.

“We condemn this type of remark and he denies (making) them,” the FN's Louis Aliot said.

Le Pen has attempted to woo new voters on either side of the political divide, telling leftists their real enemy is the free-marketeer ex-banker, and conservatives that Macron would continue the policies of the unpopular outgoing Socialists and be soft on terrorism.

In a video message Friday, she urged the near 20 percent of voters who backed eurosceptic leftist Jean-Luc Melenchon in the first round to “block” Macron, saying his pro-business programme was “diametrically opposed” to leftist ideals.

“Let's put our quarrels and divergences to one side,” she said in the message, calling Macron the choice of the “oligarchy”.

Melenchon has refused to explicitly endorse the liberal Macron, breaking with France's “republican front” tradition of the big parties coming together to bar the FN at the gates of power.

An Odoxa poll Friday showed 40 percent of Melenchon's supporters would back Macron, 41 percent would abstain and 19 percent would vote for Le Pen.

Le Pen has sought to purge the FN of the anti-Semitism that was its trademark under her father, co-founder Jean-Marie Le Pen.

In 2015 she booted him out of the party for repeatedly calling the Holocaust a “detail” of history but this month was herself criticised for saying France bore no responsibility for the round-up and deportation of French Jews during the war. ELECTION
Macron vs Le Pen: A look at whose side everyone is on (and who is on the fence) 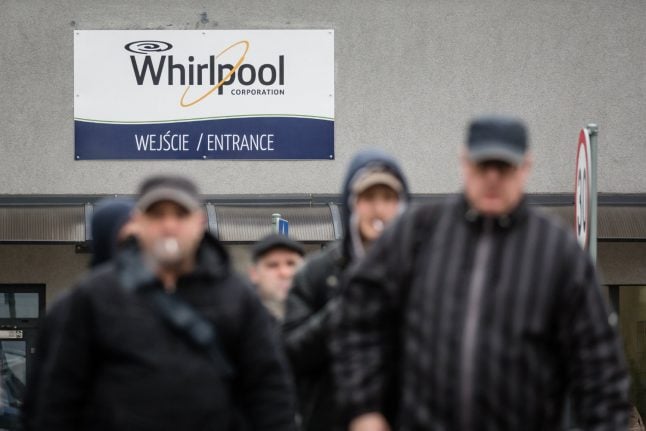