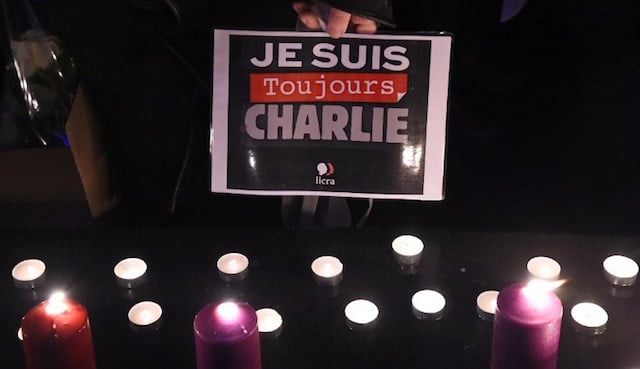 A sign reading "I am still Charlie" during a rally commemorating the second anniversary of the deadly attack against the satirical weekly Charlie Hebdo on January 7th, 2017 in Paris. Photo: Bertrand G
Those charged this week include Samir L., believed to be linked to the sale of weapons to the supermarket attacker, as well as Miguel M. and Abdelaziz A., who are thought to have been involved in trafficking arms between Belgium and
France.
Seven people have already been charged over the assaults. The attackers had a wide array of weapons including guns that came from Slovakia.
Investigators are trying to piece together how France-based jihadist Amedy Coulibaly obtained the weapons used in the January 9, 2015 attack on the supermarket.
Coulibaly killed four people after taking shoppers hostage at the Jewish store. Elite police later shot him dead as they stormed the building.
He had killed a policewoman in the Montrouge suburb south of Paris the night before, when authorities think he may have initially been targeting a nearby Jewish school.
The attack was part of three days of terror in the French capital that began with the raid on the Charlie Hebdo satirical magazine offices that killed 12 people.