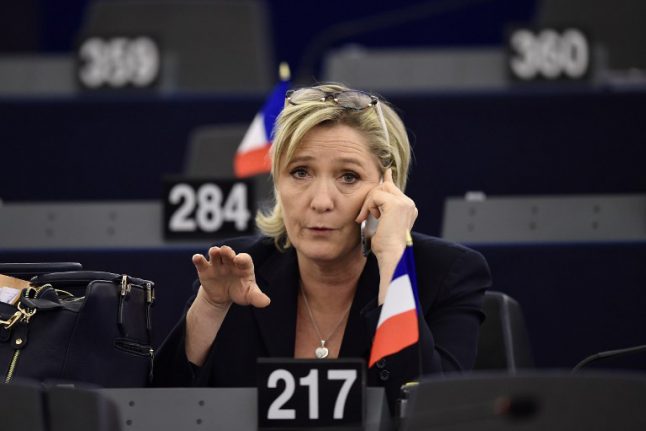 The cost of the scandal, which involves the employment of assistants and a bodyguard, has risen to €4,978,122 after “new information” was discovered, the source told AFP.

The previous cost was estimated at €1.9 million.

Earlier this month French prosecutors asked the European parliament to lift the immunity of far-right presidential candidate over the inquiry into alleged fake parliamentary jobs.

The demand was made at the end of last month after she invoked her parliamentary immunity in refusing to attend questioning by investigating magistrates on March 10.

French investigators leading the case raided the party's headquarters outside Paris last month in a bid to determine whether the FN used European funds to pay for 20 assistants — presented as parliamentary aides — who were working for the party elsewhere.

Le Pen shrugged off the request to have her immunity lifted, saying it was “normal”.

The allegations appear to have had little impact on Le Pen's campaign.

Investigators probing the allegations against the FN raided the party's headquarters outside Paris last month.

Le Pen's chief of staff Catherine Griset was questioned at length by investigators before being charged with concealment.

The parliament, which meets in both Strasbourg and Brussels, says Griset was among the employees paid from funds for work in France.

Charles Hourcade, a former assistant to Boutonnet who once worked as a graphic designer at the FN's headquarters, was also charged over the affair.

Le Pen has already had her parliamentary immunity lifted over a separate affair dating to 2015 when she shared graphic pictures of Islamic State atrocities on Twitter.

Those pictures saw her placed under investigation for “dissemination of violent images”.