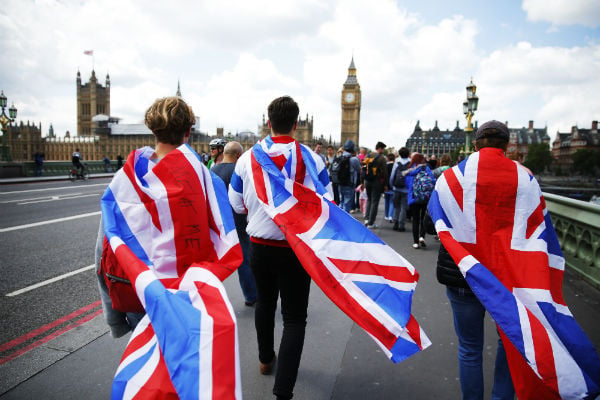 Britain goes to the polls on June 8th. Photo: AFP

The UK Electoral Commission is urging all expats to check whether they are still are registered to vote and those who have not already done so to do so as soon as possible.

The registration deadline is May 22nd, but if you are intending to use a postal vote then the sooner the better to ensure that there is adequate time to receive and return postal ballot packs before polling day.

Estimates show that there could be as many as 5.5 million UK citizens living abroad but just 263,903 overseas voters appeared on the UK electoral registers as of December 1st, 2016.

That number represented a huge leap (144.2 percent) on a year earlier as overseas voters registered to have their say in the EU referendum.

“In 2016 more UK citizens living abroad were registered to vote than ever before, but many others may be eligible to vote in the June general election,” Emma Hartley, Head of Campaigns at the Electoral Commission told The Local.

“Anyone living overseas who is eligible to vote in the UK should register now, and once registered should apply to vote by proxy so they can vote from outside the UK.”

Of course, not all Britons are eligible to vote due to the so-called '15-year rule' that prevents expats who have lived abroad for more than 15 years from voting in UK elections.

READ ALSO: Long term Brits in Spain set to miss out on vote in another election

But UK citizens who have been registered to vote in a UK constituency in the last 15 years may be eligible to register.

Even if you were too young to register when you left the UK, you can still register as an overseas voter, as long as a parent or guardian were registered to vote and you left the UK no more than 15 years ago.

An overseas registration is valid for 12 months, so if you took part in the Brexit referendum last June then you should still be registered and should check with your former council in the UK that your chosen voting method is still in place.

Your local Electoral Registration office should have sent you a reminder once your registration expired.

Overseas voters can choose to vote either by post or by proxy – where a trusted person is nominated to vote on behalf of another.

For the full guide on how to register, click here.

The deadline to register to vote is midnight on Monday May 22nd but don’t leave it until the last minute!