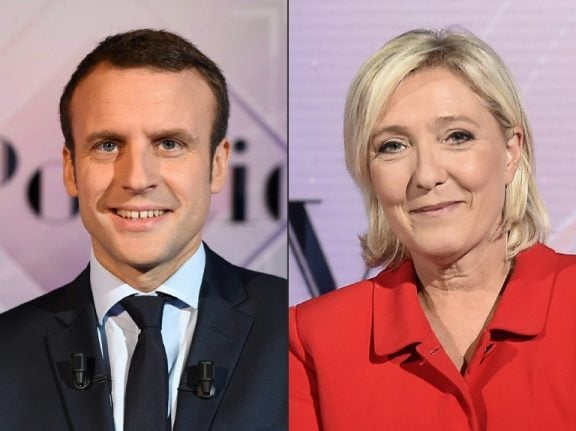 With the second (and final) round of the French election just days away, take a look at some little known facts about the two competitors.

Growing up as the daughter of one of France's most divisive politicians has its dangers, and when Marine Le Pen was eight a bomb exploded outside their family home in Paris, something she says shaped her personality.

Marine and her father have been known to fight like cats and dogs, but in 2014, her father's Doberman actually killed one of Marine's Bengalese cats. The incident apparently prompted Marine to move out of the family home soon after.

Marine wasn't actually meant to get this far. Her older sister Marie-Caroline was originally meant to take over the party, not her. “He brought her [Marie-Caroline] up to do that,” Jean-Marie's second wife Jany Le Pen explained. “He sent her to Oxford. She spoke English, she was the most qualified”.

But then Marie-Caroline had an acrimonious split from her father both personally and politically.

Before becoming the party leader, Marine was a lawyer, and for six years worked as a state-appointed duty lawyer, defending illegal immigrants facing deportation. A stark contrast to the her current hard line stance on immigration.

Marine left the law world and became the National Front leader, in the early days she earned herself a reputation as a party animal, and was nicknamed “la night-clubbeuse” by her peers in the party.

Marine's mother also gained a reputation, and it wasn't to Marine's liking.

Pierrette Le Pen appeared almost entirely naked in a 1987 Playboy issue after splitting from her father. She posed for the cover and in a series of photographs causing a huge scandal in the Le Pen clan.

According to an ex-Front National official, Marine was traumatised seeing the images, and never forgave her father for provoking the situation. Marine has four homes. She rents an apartment in the town of Hénin-Beaumont in the north of France, she's the co-owner of the family's Saint-Cloud mansion, as well as an old stable converted into an apartment and the family home in Morbihan, southern Brittany. Finally, she's bought a house on credit in the Pyrénées with her partner Louis Ailot.

It's well known that Macron is married to his former French teacher from school, but you may not have seen this moment in his school theatre club play, that was directed by his future wife Brigitte Trogneux. (Skip to 1:50)

Young Macron's acting ambitions didn't stop there. In one biography, he is said to have enrolled himself in acting classes in high school and even went to castings for films, one of which was alongside distinguished French actor Jean-Pierre Marielle, however he didn't get the role.

According to schoolmates, Macron, the ex-Minister of the Economy, was terrible at maths and statistics. Literature was more his style and he used to write poems, and he even wrote a book set in pre-Columbian America which he never published.

Commentators and Twitter users had a field day when they found out that the centrist independent candidate's dog is called Figaro, which is also the name of a right-wing François Fillon supporting French newspaper (and a fictional character from the Barber of Seville). Coincidence?