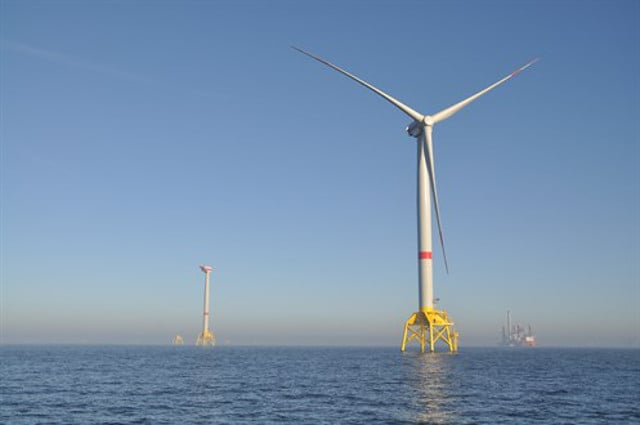 Photo: Ailes Marines
Producing 493 megawatts when at full capacity, it will provide enough energy for 850,000 people, more than the populations of the three largest nearby communes.
This is over seven times the energy produced by France’s current largest wind farm, located just off the coast of Toulouse in southern France.
“It will be the first marine renewable energy project of such a scale in Brittany and one of the first of this nature at a national level to receive all of its authorisations,” a spokesperson from Ailes Marines told FranceInfo.
The project, which will cost €2.5 billion, will see the turbines spread over 103 square kilometes.
Each of the 62 turbines will tower at 216m high, nearly as tall as the third floor of the Eiffel Tower.
The wind farm will be located in Baie de Saint-Brieuc, also the site of a nature reserve, which has caused some opposition against wind energy projects. Environmental activists have attempted to block plans in the area, taking issue with the potential effects on local wildlife and tourism.
Url copied to clipboard!