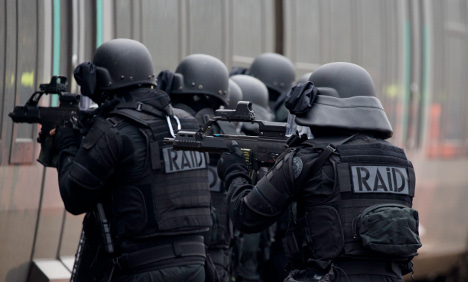 The “Cannes-Torcy cell”, named for the towns where its members were based, is suspected of having planned several other attacks, and was considered the most dangerous to threaten the country when it was dismantled in 2012.

The trial opens as France is grappling with fresh fears of jihadist terror attacks, with the police arresting two men Tuesday suspected of plotting an assault just days before the presidential election — the first to be held in France under a state of emergency.

Analysts say the Cannes-Torcy network signalled a historic shift in France's struggle against terrorism, to battling mass attacks by Islamic radicals inspired, or even guided, by foreigners.

Of the 20 men being tried by a special anti-terror tribunal in Paris, 10 are in prison and seven are on conditional release, while three others are being sought — two of whom are thought to be in Syria.

Aged 23 to 33, they are accused of plotting to stage several attacks on military and civilian targets, and of seeking to join jihadist ranks in Syria.

Police arrested two members of the network while investigating a grenade attack on a Jewish grocery in the Paris suburb of Sarcelles in September 2012.

Two masked men threw a grenade into the shop, injuring one person, but the fact that it rolled under a trolley prevented more casualties.

Police also found bomb-making equipment in a storage unit rented by Jeremie Bailly, 28, the alleged leader of the group.

Another suspected member, Jeremie Louis-Sydney, a petty criminal who had converted to radical Islam, was killed in October 2012 when police came to arrest him at his apartment in the eastern city of Strasbourg.

The trial is expected to run until July 7, with most of the accused facing terms of 30 years to life in prison.