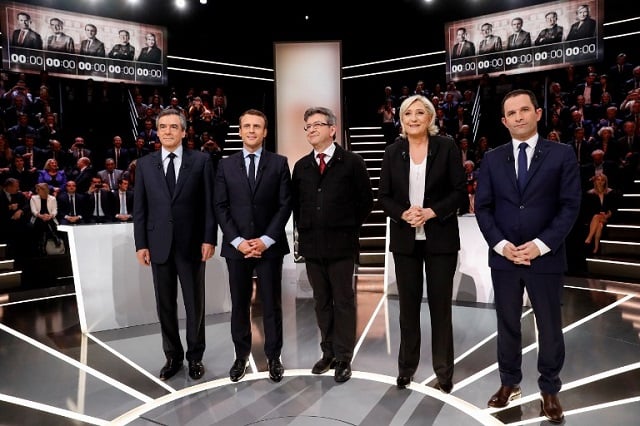 – Negotiate France's exit from the eurozone and return to the franc.

Immediately suspend membership of the European passport-free Schengen area and restore border controls. Hold a “Frexit” referendum after six months of negotiations with Brussels on transforming the union into a club of nation states.

– Reduce legal immigration to 10,000 people per year, require refugees seeking asylum in France to apply in their home region, hold a referendum on reforms including introducing a French-first policy on jobs and housing

– Lower the minimum retirement age from 62 to 60 and expand family subsidies.

– Pull France out of NATO's central command and develop closer relations with Russia.

– Cut the corporation tax rate from 33 percent to 25 percent and give bosses more flexibility to negotiate working time with staff at the company level.

– Give all workers, including the self-employed, access to unemployment benefits.

– Accelerate integration in the eurozone by giving it a central parliament, finance minister and budget. Organise democratic conventions in all EU member states to discuss reforming the bloc.

– Introduce one month's obligatory military service for all 18-21-year-olds.

– Scrap the official 35-hour working week. Progressively raise the working week for civil servants to 39. Allow companies to negotiate working time directly with employees. In the absence of an accord, apply a 39-hour rule.

– Work with Russia, Iran and the Syrian regime in combating the Islamic State.

– Renegotiate EU treaties. Get the union to scrap rules on fiscal discipline and allow the European Central Bank to buy up debt from member states. If talks fail hold a referendum on withdrawing from the treaties, leading to possible exit from the euro.

– Move from a presidential system to a parliamentary system. Give citizens more powers to propose referenda and recall lawmakers.

– End France's use of nuclear power and fossil fuels. Boost renewables, which would supply 100 percent of the country's needs by 2050.

Benoit Hamon: Income for all

– Increase the share of renewables in the energy mix to 50 percent by 2025. Ban harmful pesticides.

By Valerie Dekimpe and Clare Byrne