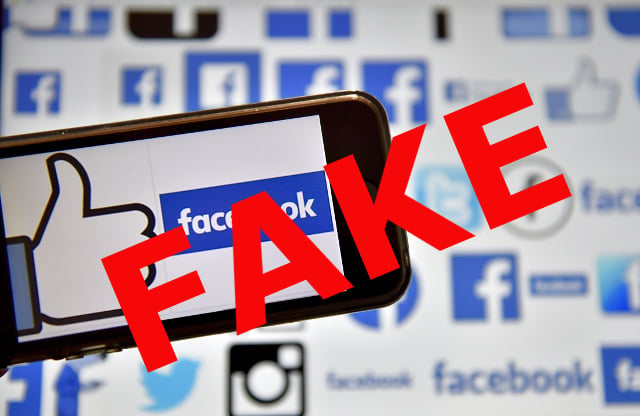 Photo: AFP
The US social media giant took to Facebook on Thursday to announce a range of new security improvements, created to target “deceptive material, such as false news, hoaxes, and misinformation”.
Facebook singled out France as a country where it had been implementing the new measures.
“In France, for example, these improvements have enabled us to take action against over 30,000 fake accounts,” Shabnam Shaik, a Facebook security team manager, wrote in an official blog post.
“While these most recent improvements will not result in the removal of every fake account, we are dedicated to continually improving our effectiveness.”
It explained that this had been possible by automatic detection of pages that were repeatedly posting the same content or sending continuous spam messages.
“We've found that a lot of false news is financially motivated, and as part of our work to promote an informed society, we have focused on making it very difficult for dishonest people to exploit our platform or profit financially from false news sites using Facebook.”
With the presidential election taking place in just nine days, many have seen it as a priority to prevent the very modern plague of fake news stories on Facebook from influencing the election.
In late February, a group of 37 French and international media outlets, supported by Google, launched “CrossCheck”, a joint fact-checking platform aimed at detecting fake information which could affect the French presidential election. “We need to give voters all the cards in their hand so they don't vote on the basis of false rumours,” Clémence Lemaistre from French newspaper Les Echos, one of the partners in CrossCheck, told The Local at the time of the launch.
“It's important for democracy. We don't want people to vote on the basis of something they happened to read on Facebook,” she added.
While Lemaistre and those behind CrossCheck, including Agence France-Presse and French dailies Le Monde and Liberation, doubt that fake news could decide the outcome of the presidential election in which some 37 million French voters are expected to cast a ballot, they believe it could have an influence.
READ ALSO: Battle begins to stop 'fake news' from impacting the French presidential election