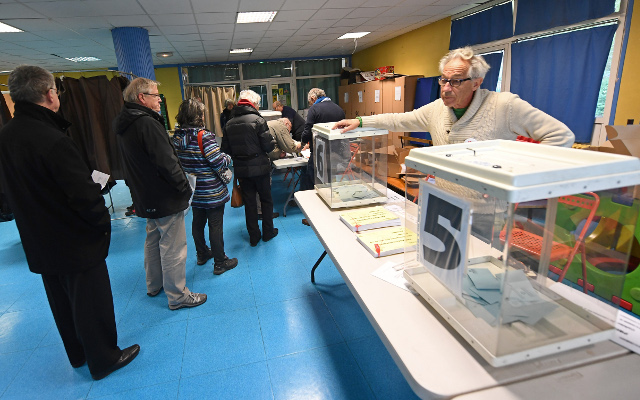 With the first round of the presidential election just over a week away (April 23rd) French voters around the country have been receiving their ballot cards through the post as usual.

But many have received two – in fact some half a million voters could cast two ballots thanks to the bug, according to authorities.

The duplicate voting cards were sent out mainly in the cases where people have moved homes since the last time they voted.

Normally the electoral roll is automatically updated when people register their new address but for some reason the system has not been working.

Voting twice is illegal of course but in a year four candidates appear to have a fighting chance of making the second round including the extreme right Marine Le Pen, far left Jean-Luc Mélenchon, independent novice Emmanuel Macron and scandal-hit François Fillon, some voters appear tempted to cast two ballots.

“This year is the first time I am asking myself the question of whether I should take advantage of the system and vote twice,” a voter named Cecile told Europe1 radio.

During the primary elections for the left and right candidates numerous voters and journalists reported that they had been able to vote twice in two different polling stations.

But the electoral roll bug has not just resulted in duplicate ballot cards. It’s also apparently resulted in some foreigners, who normally wouldn’t have the right to vote, being send a voting card.

Including a Swedish woman named Alice, who lives in France. She too is tempted to flout the rules.

“I do not know if I will go and vote and but I am really tempted, I really want to,” she told Europe1 radio.

Those who do vote twice risk a heavy punishment: up to six months in prison and a fine of up to €15,000.

Despite the huge numbers of duplicate voting cards, the Ministry of Interior is not worried that the result of the election could be invalid.

They are confident the stiff penalties will put most people off, even if many will be tempted in order to see their candidate through to the second round runoff vote.