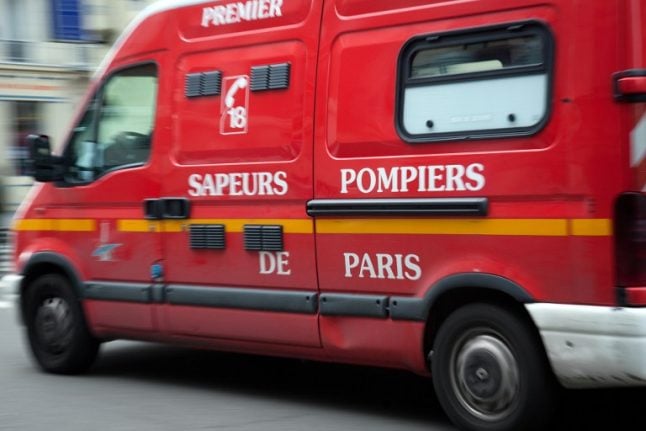 File photo: AFP
Firefighters were quick to the scene in the very early hours of Thursday morning after the fire was reported at the National Front HQ in Paris.
Emergency workers quelled the blaze at 62 rue du Faubourg Saint-Honoré, not far from the Elysée Palace, at around 2.40am.
They said that a door and a doormat were destroyed, but not much else.
A police source told L'Express newspaper that the fire “did not start naturally”, adding that it was “probably of criminal origin”. The attack was claimed by a group that calls itself “Fighting Xenophobia” (Combattre la xénophobie), which told AFP that its members had lobbed Molotov cocktails at the building.
They said that the attack was in memory of a man who they said was beaten by the National Front ten years ago.
“This will continue every day until the election,” the group's spokesperson said.
Thursday's fire only affected the ground floor of the headquarters, and it's the upper floors of the building house the campaign offices of far-right National Front (FN) leader Le Pen.
The anti-globalisation, anti-EU Le Pen is neck-and-neck with centrist Emmanuel Macron in polls for the first round of the election on April 23.