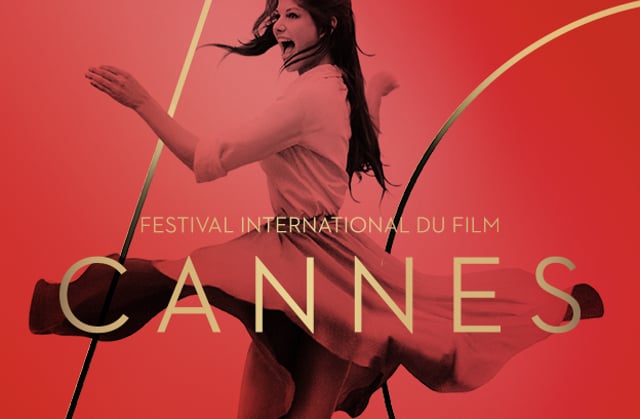 Nicole Kidman and Isabelle Huppert will top the bill at the Cannes Film Festival next month as the world's flagship movie
showcase celebrates its 70th anniversary.

Ben Stiller, Julianne Moore and French star Marion Cotillard will also do star turns at the May 17-28 festival on the French Riviera, organisers told a Paris news conference on Thursday.

Other movies vying for the prestigious Palme d'Or include Todd Haynes' “Wonderstruck”, one of two Amazon-backed films in the lineup.

“Wonderstruck”, starring Moore and Michelle Williams, tells the parallel stories of two deaf American children in the 1920s and the 1970s.

“Redoubtable” by the director of the Oscar-crowned silent movie “The Artist”, Michel Hazanavicius, focuses on the love affair between New Wave guru Jean-Luc Godard and actress Anne Wiazemsky.

Opening the extravaganza, out of competition, will be “Ismael's Ghosts” by French director Arnaud Desplechin, about a filmmaker disturbed by the return of his former love.

It features A-list French talent in the form of Cotillard, Charlotte Gainsbourg and Mathieu Amalric.

Two Netflix-backed features made the cut in a first for Cannes.

“Okja”, a creature feature by South Korea's Bong Joon-ho, known for his black humour, stars Tilda Swinton as a corporate scientist whose company tries to kidnap a fantastical beast called Okja from a young girl.

Jake Gyllenhaal, playing a zoologist, makes his Cannes debut with the film.

The other contender from Netflix, which is making ever deeper inroads into Hollywood alongside rival Amazon, is “The Meyerowitz Stories” by independent US filmmaker Noah Baumbach.

Amazon, for its part, also proposes “You Were Never Really Here”, by Scottish director Lynne Ramsay starring Joaquin Phoenix as a war veteran who tries to save women from the sex-trafficking trade.

Variety reported last year that the online retailer bought the rights to the film for around $3.5 million (3.3 million euros).

A decade later, the stakes are arguably higher with Donald Trump in the White House.

The US leader has dismissed global warming as a fraud invented by the Chinese and nominated climate change sceptic Scott Pruitt to head the Environmental Protection Agency.

Coppola, the daughter of Francis Ford Coppola, is a Cannes veteran who previously premiered “Marie Antoinette” (2006) and her last feature film “The Bling Ring” (2013) at the festival.

In “The Beguiled”, Colin Farrell plays a young soldier who seduces all the women around him, who include Kidman as well as Kirsten Dunst and Elle Fanning.

Kidman and Farrell team up again in “The Killing of a Sacred Deer” by Greek director Yorgos Lanthimos, a psychological drama about a charismatic surgeon and a sinister teenager.

Coppola and Ramsay are among 12 women directors featured at the festival, compared with nine last year, Fremaux noted.

A third woman in the main competition is Japan's Naomi Kawase with “Hikari” (Radiance) about a doctor whose eyesight begins to fail.

Providing even more star power are the TV series in the spotlight this year, with the unveiling of the eagerly awaited third season of David Lynch's cult “Twin Peaks” and Jane Campion's “Top of the Lake” in its second episode rollout.

Pedro Almodovar, Spain's most celebrated living movie director, will lead the jury at this year's festival.