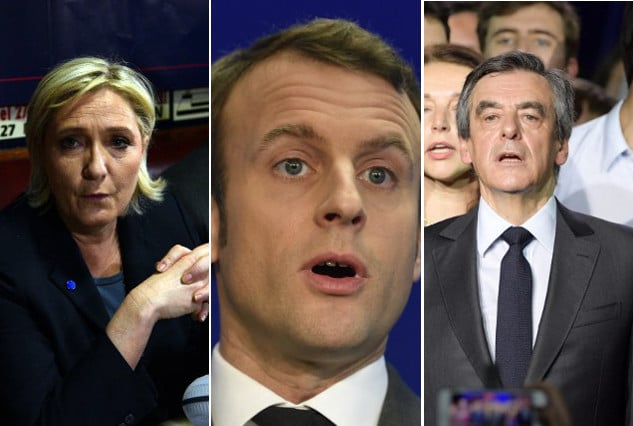 Of the three leading candidates (and I’m not completely discounting Mélenchon), perhaps the most predictable is Fillon.

If he wins, he can look forward to a solid majority in the National Assembly following the general elections (11 and 18 June), comprised of his own Republican Party and their allies. This is one of his unique selling points – political stability.

All the other parties will be doing their best to pick up the crumbs, though there is unlikely to be any coherent political opposition in parliament. He is also the only candidate who has any hope of a majority in the French upper house, the Senate, half of which is up for re-election in September.

The 'French Maggie Thatcher' will get to work quickly

With that sort of platform, Fillon will be in a position to implement the programme that, when he won the primary in November, had him being labelled as the ‘French Margaret Thatcher’, tackling France’s public debt and deficit through austerity, including a massive cut of 500,000 public sector posts and reducing regulation in French labour law.

Not for nothing is Fillon nicknamed ‘the employers' candidate’, though he has had to row back on the commitments he made last autumn regarding health and social security reform, largely under pressure from his own supporters on the ‘soft-right’.

He will also seek to keep the traditionalist Catholic electorate that carried him to the nomination onside by rolling back legislation on same sex marriage and surrogacy carried out during the Hollande presidency.

Like many of his rivals, Fillon has promised electors a series of referendums on key issues, including Europe, though he is not suggesting a Frexit or that France should abandon the Euro. In international politics, Fillon is keen for a closer relationship with Russia, though his rhetoric is less explicitly pro-Putin than Marine Le Pen’s.

It's hard to know what will happen if Le Pen wins It’s difficult to predict quite what will happen if Le Pen wins the election.

Of course, we know what is in her manifesto, but unlike Fillon, she won’t have a majority of her own in parliament and it’s perfectly feasible to suggest that if she were to win, there would be a massive mobilisation by the opposition in the general elections.

Very early on in the process, Le Pen would introduce legislation to end the right to French nationality by jus soli, that is to say being born on French soil, to a blood right. This would reverse more than one hundred years of tradition, along with her promise to make it much more difficult for foreigners, especially non-European foreigners, to obtain French nationality.

Le Pen also said  would move quickly to hold a referendum on her proposals for a French-first policy on jobs and social housing and close France's borders by pulling out of the Schengen deal.

Frexit might take longer to achieve. While many of her supporters might feel that a vote for her means a vote for leaving the EU, and the candidate had at one time spoken of an autumn referendum, Le Pen has now suggested that she would wait until after the German elections in the autumn and the Italian ones in the spring of 2018 before staging a referendum on EU/Eurozone membership. She has promised, though, if she were to lose an EU referendum, she would resign.

READ ALSO: What Le Pen will do in her first 100 days as president

Le Pen’s promises to end immigration and get tough on law and order will almost certainly lead to a number of shop-window police operations over the summer, with the media in full attendance. Whether she can actually deliver on her promise to increase the number of frontier police remains to be seen. She has promised to recruit 6,000 new officers, but the training college in the west of France can only handle a few hundred a year. And France’s prisons are far beyond capacity, if there are to be round ups of the 5,000 gang leaders she claims French police have tabs on.

But in any case, one could expect to see any number of burkini-clad French Muslim women on France’s beaches being “liberated” by teams of gendarmes.

Perhaps paradoxically, of the three leading candidates, Emmanuel Macron looks to be the one offering the greatest degree of continuity in terms of policy, which is precisely the charge laid against him by his opponents.

READ ALSO: Macron reveals his plan for France, here's what he's got in mind Either he is the chosen heir of François Hollande or of a broadly satisfied elite that wants to protect itself from the extremes.

But a Macron win threatens to completely shake up the political shape of France. Since the 1980s, France has been governed from the centre, but alternately by the left and right. If Macron wins, it will be governed by a broad coalition stretching from the centre-left to the centre-right and probably needing the support of parties on the left or the right. French politics may be about to return to a period of coalition government that it has not known since before the return of de Gaulle in 1958.

Like Fillon, he aims to reduce the number of public service employees, though on nothing like the same scale. Public health, he has promised, will not be touched.  Yet, at the same time, Macron insists that on his watch, the state will take a leading role in the (un)employment system, which until now has been managed by consortia of employers and the unions. State leadership, combined with the sort of deregulation for which he first became prominent as finance minister, form the key prongs of Macron’s plans to tackle unemployment and slow economic growth.

Macron is also acutely aware of two aspects of their lives that create enormous anxiety among the French: a tax system of Byzantine complexity and a pensions system of many and varied regimes. His aim is to simplify the former and to attempt to introduce a single state pension regime that will close the huge gap between workers in different professions.

Macron is often accused of a lack of ideological underpinning to his programme, to talking a lot about ‘renewal’ and his ‘project’ and even of ‘revolution’ without supplying much technical detail.

His reforms certainly sound less dramatic than those of Le Pen and Fillon, but if he is even half way through simplifying the French tax and pensions system by the end of the quinquennat in 2022, then he will have begun a revolution.

For the French, Sunday May 7th will only mark the beginning.