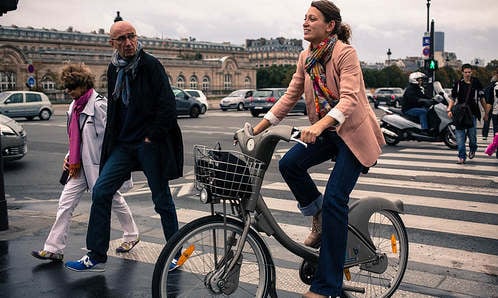 Using Velib' bikes is likely to become more expensive by January 2018, when the service's former provider JCDecaux is set to be replaced by Montpellier-based bike-sharing giant Smoove.

Yearly subscriptions could rise by as much 35 percent, Le Parisien announced, which may put users off or persuade them to just to get their own bike.

Annual subscription fees could rise from €29 to €39 (the first 30 minutes remaining free), while premium subscriptions are likely to jump from €39 to €45 or €49 (with the first 45 minutes free).

For short term passes prices also look set to rise. While the first half an hour currently costs €1, Le Parisien claims that in future it will only be the first 15 minutes that cost €1.

It's not clear either whether the discounted prices for young people will stay in place.

Vélo Assistance Electrique (VAE) subscriptions for the scheme's electric bikes might rise by up to €99 per year.

New technologies and electric devices, as well as a new economic model, are given as the reasons for the price hikes.

A report  indicated that the JCDecaux's management costed Paris City Hall €16 million per year, due to the cost of vandalism and of rolling out new Velib' stations in the suburbs of Paris.

But Smoove will invest in stations and new bikes and in return will want to make it economically viable via a hike in prices. They will gamble on users remaining loyal.

JCDecaux announced that it had filed a legal action to protect the 315 employees working at Cyclocity, the company managing the Velib' network.

For its part the Paris City Hall played down the figures quoted by Le Parisien and said any price hikes would have to be voted through in September.