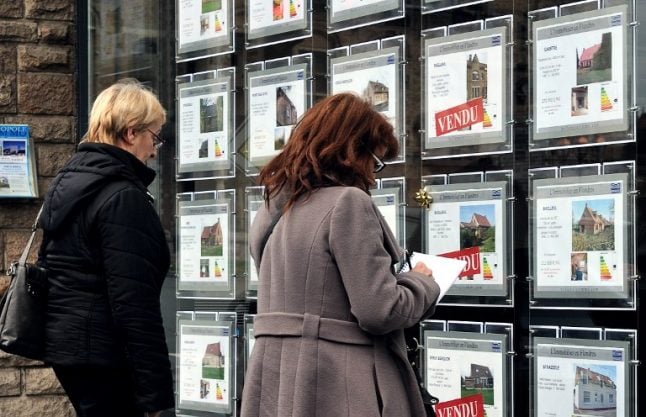 When you arrive in France it often feels like your chances of finding work are limited, especially if you haven't spoken a word of French since your last lesson at school.

Thankfully there are enough thirsty English speakers and local students filling the expat pubs that bar work is always an option and with French people's mastery of Shakespeare's language not up to the level of their Scandinavian cousins, teaching English also provides plenty of employment opportunities, as does au pairing.

But there are other options that many English speakers should consider, but perhaps don't think about. Although many depend on your level of education as well as your ability to speak French they are still worth considering if you ever find you have pulled one too many pints or corrected one too many phrasal verbs.

Granted, you are unlikely to get the ambassador's job but there are plenty of other jobs going at the embassies of various English-speaking countries in Paris as well as the consulates and outposts around the country. You’ll normally be employed on a local contract, which means your job may start as a CDD (temporary contract), you’ll be paid in euros and it will be under French law.

Embassies normally require a high level of written and spoken French – you’ll be liaising with the French quite a lot – but the good thing is they mostly look for those with English as their native language. Jobs are normally advertised on their websites. For jobs at the British Embassy you can CLICK HERE. Here are a couple of links to information about jobs at US embassy, the Canadian Embassy and the Australian Embassy. Paris is home to a good number of NGOs, think tanks and institutions that regularly advertise jobs, although more often than not on a short term basis. One of the biggest in the OECD (Organisation for Economic Co-operation and Development), which as it claims on its own website “publishes new job opportunities almost every week”. The OECD offers various “entry level” and short term opportunities with salaries ranging from €2,300 to €4,000 a month.

Then there’s Unesco, which employs around 2,000 employees from 170-odd different countries. It may be hard to get in the door but it could be worth it. And with Unesco there’s always the chance to travel. There are also agencies like Sofreco, which works in development and Action Against Hunger. There are also various human rights organisations in France like the Paris-based International Federation of Human Rights.

Here you would be a temporary instructor, generally in a French university, likely teaching English as a second language. The upsides are that you are generally well paid (€40-60 an hour) and could end up working at some of the most impressive educational institutions in France.

However, it is relatively easy to fire 'vacataires' and some schools have been known to be six months late in sending out pay cheques. So you probably will not want rely on this as your primary income source. Despite the potential pitfalls, it is a great way to get a foot in the door at big institutions or make some extra cash on the side.

If you’ve ever stopped a tour guide to correct his or her historical knowledge then maybe you should consider becoming one yourself. France draws over 80 million tourists a year, making it the most visited place on earth. While you can pursue an official accreditation, there is also work out there for people who know what they’re talking about but don’t have a diploma in guiding.

If you choose to go the formal route, you’ll need to get accepted into a program that offers  Federation Nationale de Guides Interpretes et Conferenciers accreditation (more info here). Speaking languages other than English and French will be a big plus. However, knowing your subject beyond the usual clichés and myths can also be enough to land you work. Either way leading 20 people around Notre Dame cathedral requires patience and stamina. Given that you have been through the ups and downs of moving to France, your experience could be invaluable to others and you could even get paid for it. Companies are often on the look-out for relocation consultants and managers and you could also set out on your own to help others avoid making the same mistakes as you.

The job could involve anything from giving simple advice to showing potential new arrivals around a certain area and even helping them buy a house. Remember that many people are willing to pay for things to go smoothly. Keep an eye out for jobs in this area or set up your own website and sell your knowledge and experience. For an example of an expat successfully established as a relocation consultant in France you can CLICK HERE.

Again this is a case of making the use of your unique knowledge of how things work in France. If you have lived here for a few years you will probably know a fair amount about where the red tape is and how to cut through it, whereas others who are new in the country will be lost in a sea of bureaucracy and often pay someone to help them navigate it.

You would need to swat up on all the rules and regulations and the small print on all the tax laws, but with French administration not looking like it will get any simpler in the coming years, it would be a sound long term career investment. One person who made this jump is Andy Denison, who spent years working in bars in Paris before setting up his own consultancy service.

France remains one of the most attractive places for Brits and Americans to move to with many wanting to sell up at home and buy their perfect new home in France. Hence the fact that Anglo run estate agents exist right across the country from the Dordogne to Brittany and from the Var to Paris.

If you are good sales person but perhaps your French isn’t quite up to scratch then this could be an option for you. One of the biggest estate agents in France is British owned Leggett Immobilier, who are always looking for new staff. To find out more about working for them, you can visit their website by clicking here. Again, going freelance can often be the best option for working in France, especially with the country’s simple to use auto-entrepreneur system for the self-employed. More and more French companies are needing help translating their websites or documents into English and will call on native English speakers and may not even require previous writing experience.

It’s also worth remembering that English speakers like to read about France like no other country, so publications and newspapers in your home country will always be willing to publish new angles on anything France related – or even old well-trodden angles, it seems. If you are in a corner of France off the beaten path, then get to know it and get writing about it.

This is a job where you can put your knowledge of both cultures to work. Serving as the person on the ground in France, your knowledge of logistics, customs rules and even France’s yearly calendar of bank holidays will be vital to ensuring the safe arrival of whatever your employer is shipping.

English is a huge asset in this job, but knowledge of other languages like Chinese or Spanish will also help you land a position. There are tons of placement agencies that work specifically on areas like import/export, which generally require multi-lingual employees.

Banking is a global business and being an English speaker is a huge advantage, plus Paris is home to most major European banks. One of the largest French banks, BNP Paribas, which has outposts around the globe, even presents its job offers online in English. Also, don’t worry if you studied philosophy in college, the lack of a finance diploma is not a fatal flaw for landing a bank job.