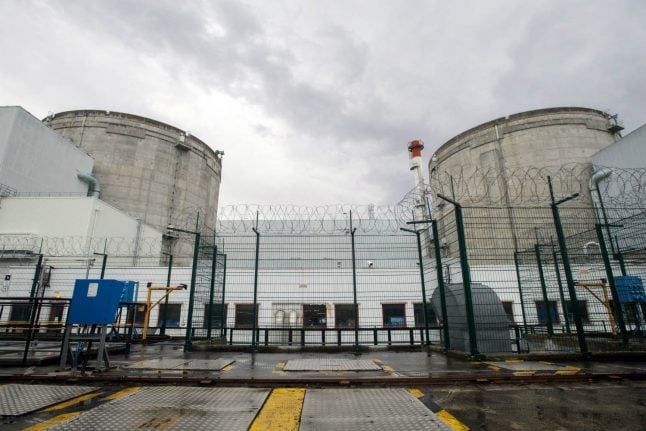 The decree, gazetted in the Official Journal which publishes government decisions, sets down the conditions for closing a nuclear plant at Fessenheim, a plant in eastern France on the border with southwestern Germany.

Fessenheim will cease operations when a new reactor, currently being built at Flamanville on the Normandy coast, “enters service,” the decree said.

France's nuclear plant operator EDF last month said the Flamanville reactor– a project that has run into deep problems — will begin operations in 2019.

The closure of the twin-reactor plant at Fessenheim is part of a plan to slash France's dependence on atomic energy.

Hollande, who leaves office next month, vowed during campaigning in the 2012 election to close the facility as part of a promise to reduce the share of nuclear in the energy mix from 75 percent to 50 percent and boost the share of renewables.

Fessenheim, in operation since 1977, is located on a seismic fault line about 100 kilometres (60 miles) south of the French city of Strasbourg and about 25 kms southwest of the German city of Freiburg.

Its closure has been a campaign target by French, German and Swiss environmentalists for years, as well as an enduring source of friction with Germany.

France's minister for ecology and energy, Segolene Royal, on Friday had said that the decree would be implemented to meet the 2012 campaign promise.

“The decree on #Fessenheim closure has been signed and published this morning,” Royal tweeted on Sunday. “It was promised, now it's been done.”

The conservative opposition has opposed the energy programme, arguing that France's nuclear industry is a guarantor of the country's energy independence and a source of cheap electricity.

The French trade unions have also weighed in on the question of Fessenheim, fearing the closure of the plant will lead to the loss of around 2,000 jobs, directly and indirectly.

The new European Pressurised Reactor (EPR) reactor, being built at Flamanville alongside two existing reactors, is a novel third-generation design touted as the world's biggest and advanced nuclear reactor.

But the project, along with another EPR contract in Finland, has been plagued by delays and technical problems.

Construction of the reactor began in December 2007, with an operational start initially scheduled for the end of 2012. Costs have tripled to 10.5 billion euros

On March 16, EDF announced that it had begun the test phase of the Flamanville EPR, and this would run until the end of 2018.

The reactor will be hooked up to the national grid in the second quarter of 2019, it said.

Two EPR reactors are scheduled to be built at Hinkley Point in southwestern Britain under a Chinese-backed deal announced last year.