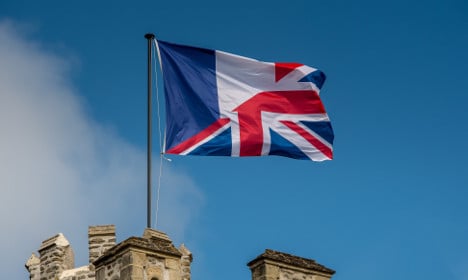 Photo: AFP
There's no doubt growing up under the influence of two cultures – in my case French and British – has its perks. You become fluent in two languages before you've even realised (and can switch from one to the other when you don't want people to hear your embarrassing story). And you can criticize both countries without being accused of being impolite.
Then there's the travel and the fact that it opens your mind to another world, well at least another country.
But there were many times that I felt out of place, not quite fitting in with either the French or the British.
France and England have many differences which makes them feel a lot more distant than the 34 kilometres (21 miles) of sea that separate them. Having been raised in France by a British mother and a French father, I learnt about these distinctions. But that didn't mean that I knew them all.
Don't get me wrong, speaking two languages fluently is great, but it's not always plain-sailing as you might imagine. When I turned up in England I soon found out that the grown-up English I'd learnt from my mother wasn't quite the cooler version the teenagers were using. Speaking like I was a presenter on the BBC, the only other English I'd heard, didn't go down well either.
Then there was the habits that needed to be addressed. Certain customs that five-year-old me had picked up in France just didn't have their place in Britain. The look on my grandparent's faces when they caught my brother and I peeing in their front garden still haunts me to this day. This is something that's quite normal in France, particularly as a child – provided it's aimed towards a tree.
And even to this day there are moments I feel I'm on the brink of rejection from my English family for daring to dunk a lump of baguette or an entire piece of cake in my tea – something I'm not ready to give up quite yet and am grateful to my French side for.
I also realized that assuming the same rules apply in both countries was dangerous. Try crossing the road in France for a quick demonstration about how zebra crossings don't have the same meaning on both sides of the Channel. Try saying “ça va mec?” (“How's it going mate?”) to a French waiter and see if he'll serve you. The difference between the French formality versus the laid-back and more friendly English attitude was always tough to get used to. It can be summed up in the way you order a drink. Swapping from the formal, yet conventional, “Bonjour Monsieur je voudrais une bière s'il-vous-plaît” to “How's it going mate, can I get a beer?”
Just because you have the passport it doesn't mean you really know the country, which can be a bit embarrassing. For a so-called Englishman I had painfully little geographical knowledge of Britain, which I learnt to hide when someone told me where they came from.
This didn't mean that things couldn't get messy in France too – they often did.
It was just too easy for friends to joke about English cooking skills, I'm almost certain some are convinced we have nothing to eat but potatoes and jelly. Being brought up as a vegetarian meant that many meals at home were meatless takes on classic French dishes. When French people realised I hadn't tasted the delights of a real “rôti de porc” or “hachis parmentier” I'd often be met with “oh, le pauvre!”, as though I'd physically hurt them.
I also had to get used to the fact that I wouldn't blend in as discretely as I would have liked to. In France I was singled-out as “l'anglais” and in England, I'd inevitably get referred to as “the French guy”
I can remember as a child just wanting to tell people that I felt as French as they did. But yet I'd remain “l'anglais.” Why? – “You look more English, you dress like them,” they would say. Meanwhile over the Channel the reason I was “the French guy” was because I look more like a Frenchy, I dressed like them. Yeah exactly, try working that out.
There was also the history of the two countries, which has always been a hot topic around dinner tables in both countries whenever I was there.
Parents of French friends would love to try to wind me up about William the Conquerer and how the English language was basically French, while over in the UK the parents would always, always mention the war. In the end you'd have to take it from both sides and I'd end up defending both countries.
Which is similar when it comes to sport.
Although it might have been easier to side with just one football team, I do get to support the England football team until they're inevitably knocked out in an embarrassing way and then quietly slip over to the French side, hoping no one will notice.
And that's the best bit about growing up in a French-British family. Despite all the troubles and teething problems mentioned above you really can switch from one culture to another without really noticing. Even if others do.
So all in all I wouldn't have changed a thing. I'd highly recommend finding a way to be the child of a frog and rosbif.