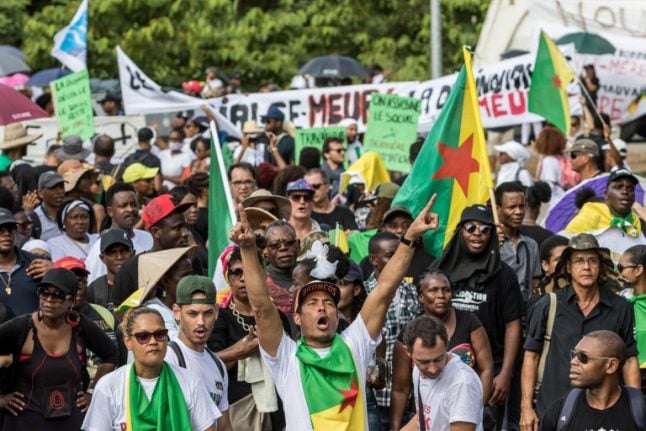 Protesters in French Guiana. Photo: AFP
The sum offered by France is below the €2.5 billion ($2.7 billion) that unions have demanded to address what they say is decades of under-investment in the French territory in South America.
Several hours earlier, protesters including several local lawmakers said they were ending their symbolic occupation of the space centre in Kourou from where France launches European-funded Ariane rockets carrying satellites.
“We wanted to show that we can take control of every part of Guiana, even strategic locations. This was a show of force,” spokesman Manuel Jean-Baptiste said.
In Paris, President Francois Hollande said the government was open to dialogue and must show its “responsibility” to French Guiana, his spokesman said.
French Guiana, which is home to 250,000 people, has been paralysed by strikes this month and protesters have called for a “Marshall Plan” to develop the overseas territory.