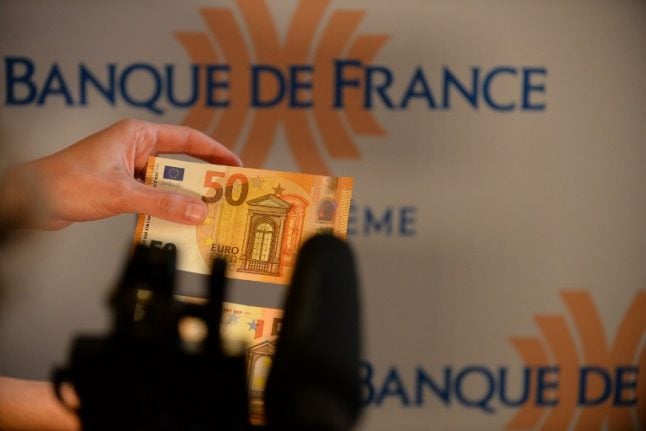 Photo: AFP
The new orange-coloured note issued by the European Central Bank incorporates a transparent window featuring a picture of “Europa”, a goddess from Greek mythology, on a metallic strip.
In another forgery-busting move, the figures five and zero on the note are emerald-coloured but change colour when it is moved from side to side.
“This is a very innovative note in terms of security,” Bank of France official Gilles Vaysset said during a presentation of the note in Paris.

“There are also lots of security measures which are hidden within the note,” said the Bank of France's director of banknote production Erick Lacourrege.
Officials stressed however that the old 50-euro note — currently the most-used banknote in the eurozone — would not lose its value while it was phased out.
Around 6.5 billion of the new 50-euro notes will be printed.
The Bank of France said that the euro was one of the least counterfeited currencies in the world.
See more of the changes in France for April 2017