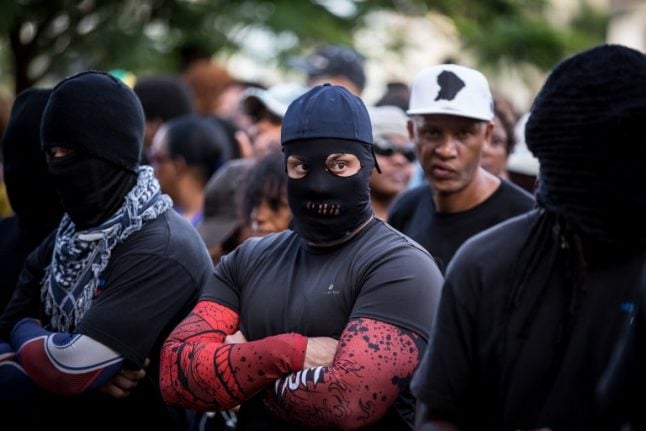 Photo: AFP
The South American territory, which is administered as a region of France, has been in the grip of industrial unrest for the past 10 days, with representatives of the Guianese calling for the area to be given “special status”.
“We demand 2.5 billion euros ($2.7 billion) immediately,” said Olivier Goudet, a spokesman for the grouping of unions, who had earlier met with France's overseas territories minister Ericka Bareigts.
With less than three weeks to go before French presidential elections, Bareigts had urged the strikers to quickly come to an agreement.
Bareigts “acts like she doesn't know that we are 50 years behind, that we are suffering, that we see poverty in our country,” said Goudet, promising further strikes Monday.
France made its 1.085 billion euros offer on Saturday, mostly for “emergency measures” but with some of the cash paid over 10 years.
The proposals include investments in health, education and infrastructure, and the deployment of extra police and construction of a prison.
French Guiana immediately described the proposals as “unsatisfactory” and the collective behind the strikes called for a “special status” for the territory in talks with Bareigts.
“With another system, we could decide for ourselves what is good for us,” rather than “asking permission for everything” from France, collective member Davy Rimane told AFP.
In a referendum in January 2010, French Guiana voted firmly against autonomy.
“But this crisis is the expression of the failure of this referendum,” said Gauthier Horth, another member of the collective.
Striking workers have set up barricades on several roads and forced the postponement of the launch of an Ariane rocket carrying a Brazilian telecoms satellite.
Workers in several sectors, including the energy giant EDF and public hospitals, have launched protests demanding pay raises and improved public safety and health coverage.
Url copied to clipboard!