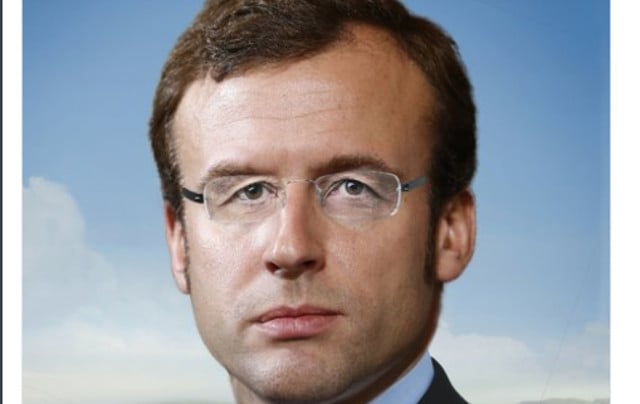 Photo: Twitter/ICopernic
Francois Fillon has his work cut out for him if he is to get back into the election race – and will be hoping a new slur campaign against Macron is the right recipe for success.
Fillon, the one-time favourite to be the next president until his campaign hit the rocks over the fake jobs scandal involving his wife, is lagging well behind Macron in the polls.
On current predictions he will not make the crucial second round run-off vote, likely to be between Macron and Marine Le Pen.
So Fillon's team have decided to go after Macron's voters – who are typically considered to be less faithful than those of far-right Marine Le Pen and therefore a presumably easier to attract or at least to influence.
Their tactic is to make voters believe that Macron is the heir to France's most unpopular president ever François Hollande.
The conservative party candidate dubbed him “Emmanuel Hollande” and “François Macron” on French radio on Thursday. His team believes they can unsettle Macron's voters by suggesting a vote for the 39-year-old former economy minister is the same as re-electing Hollande.

#EmmanuelHollande is now trending TOP in France. Visit https://t.co/nYfezlGivS for Top trends in your area pic.twitter.com/8gQHLkMDRV

The campaign will see a barrage of posters and social media posts from Fillon fanatics accompanied by hashtags like #NewHollande (yes, in English) and #MacronLHeritier (Macron the Heir).
One poster shows Hollande and his former economy minister Macron standing face to face in profile, withe words “Emmanuel Macron, that's me”. The more creative anti-Macron social media users have had various goes at blending his facial image with that of Hollande's. Some have been more successful than others.

The party's move to associate Macron with the former government was aided this week when Hollande's former PM Manuel Valls announced he would be voting for Macron.
The campaign by Les Republicans comes just weeks after the party tweeted an “anti-Semitic” caricature of Macron, which they removed after six hours. The image showed the centrist Macron, a former economy minister and investment banker, with a hooked nose, wearing a suit and top hat.
Francois Fillon later condemned the image as “unacceptable” and said he could not “tolerate the party spreading caricatures that use the codes of anti-Semitic propaganda”.
The Republicans issued an apology and Macron called for “a return to civic respect”.
With three weeks to go before the first round of the presidential election, former prime minister Fillon is still battling allegations he used public money to pay his wife and children for “fake jobs”.
Both he and his wife have been officially charged with various offences including misuse of public funds.