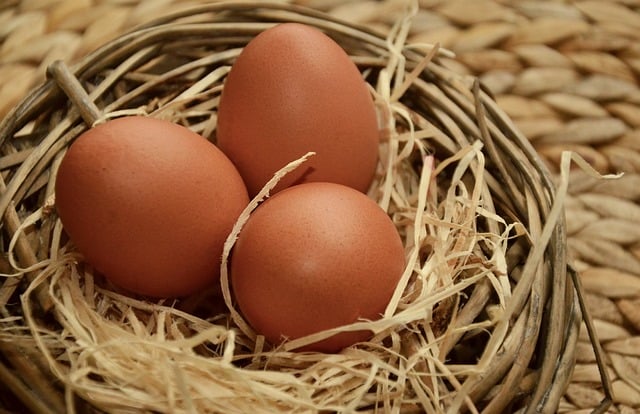 Abraham Poincheval aims to become a “human hen” by sitting and laying on the eggs inside a glass vitrine at a Paris modern art museum until the chicks emerge.

The performance, called “Egg”, could last three to four weeks, with the artist getting only a half-hour break every 24 hours to keep him from cracking.

He will eat a special diet rich in ginger so he can keep the eggs at a minimum of 37 degrees Celsius (98.6 degrees Fahrenheit).

Poincheval, 44, made headlines earlier this month after declaring his seven days inside a rock a mind altering “trip”.

This time he will wear a specially made traditional Korean cape to cover his nest and keep the eggs snug.

He has also designed a special “laying table” to stop him from crushing the eggs accidentally.

Poincheval said he had been inspired by a tragicomic short story by the French writer Guy de Maupassant.

In “Toine”, a bad-tempered farmer's wife gets revenge on her idle bon vivant husband by using his body to keep her chickens' eggs warm when he is paralysed by a mysterious malady.

While Poincheval described his time inside the limestone rock as blissful, he acknowledged that sitting on the eggs had him worried.

“I have never been so directly exposed to the public before. Usually I am inside something. But every performance is a first,” he told AFP. “Being inside the rock didn't bother me at all,” he added.

“Normally there is a moment when your anxiety mounts, but with the rock that didn't happen. I was almost anxious about not being anxious,” he said. After talking to geologists, he put that down to the “extreme calmness” of the limestone.

“I learned it had been  laid down gently, layer by layer, over thousands of years, and had never been tormented.”

Even though the rock is also egg-shaped, Poincheval said the two performances at the Palais de Tokyo museum were not directly linked.

However, when he emerged from the rock, Chinese students told him the story of Sun Wukong, the Monkey King who was born from a stone egg.

If he manages to stick out his latest challenge, Poincheval said the hatched chicks “will go and live with my parents” in the west of France.

His father, Christian, a bowler-hatted inventor, is best known for coming up with pills that make flatulence smell of roses and even chocolate.

Often described as France's most extreme artist, Poincheval is no stranger to bizarre performances.

He once spent a fortnight inside a stuffed bear eating worms and insects; was buried under a rock for eight days; and navigated France's Rhone river inside a giant corked bottle.

He also spent a week last year on top of a 20-metre (65-foot) pole outside a Paris train station.

His big dream, however, is to walk on the clouds. “I have been working on it for five years, but it is not quite there yet,” he said.