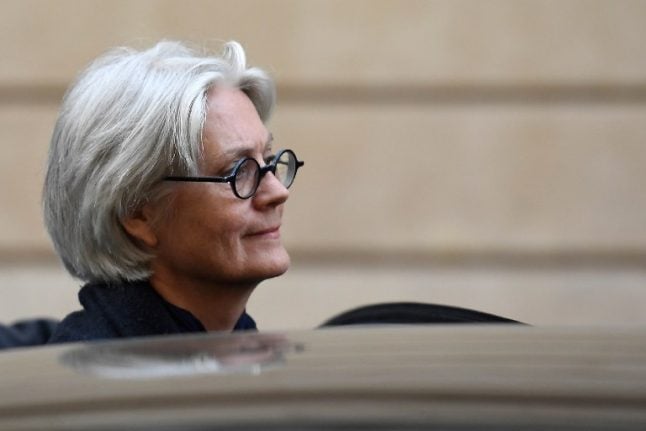 Photo: AFP
He has already been charged in the case involving allegedly fictitious jobs as a parliamentary aide for which the Welsh-born Penelope Fillon was paid hundreds of thousands of euros.
The 61-year-old Penelope was also charged over a salary she received from a literary magazine owned by a billionaire friend of her husband's, Marc Ladreit de Lacharriere.
She has told police she never stepped foot in the offices of the Revue des Deux Mondes, according to a report in the Journal du Dimanche weekly.
The new blow comes less than four weeks before French voters go to the polls in a two-stage election on April 23 and May 7.
Francois Fillon, whose legal woes have snowballed since “Penelopegate” broke in January, once described his wife as a stalwart companion who “has been with me in political life for 30 years… but always in the shadows.”
Revelations by the satirical and investigative newspaper Le Canard Enchaine turned a harsh media glare on a woman that no one could recall seeing at work in the halls of parliament.
Though a lawmaker employing a family member is not illegal in France, Penelope is accused of doing little for the €680,000 ($725,000) she received in salary over a number of years.
Fillon, 63, has repeatedly claimed that he is the victim of a “political assassination”.
Last week he accused Socialist President Francois Hollande of using the finance ministry to collect information on politicians, including his former prime minister Manuel Valls, which was then leaked to the press.
Man of integrity
Fillon, who overcame intense pressure to quit the presidential race early this month, was once the clear favourite in the race, but opinion polls now show him failing to get past the first round.
If the election were held today, the May 7 runoff would pit far-right leader Marine Le Pen against centrist Emmanuel Macron, polls show.
The 39-year-old Macron is currently tipped to defeat Le Pen, 48, by a wide margin.
Last week “Penelopegate” took a new twist when financial prosecutors said they were expanding the fake jobs probe to include suspicions of forgery.
Investigators are looking at whether the Fillons forged documents to try to justify Penelope's salary, an allegation angrily rejected by her lawyer Pierre Cornut-Gentille.
Investigators are looking at whether the Fillons forged documents to try to justify Penelope's salary, an allegation angrily rejected by her lawyer Pierre Cornut-Gentille.
“When this case is approached calmly and with respect for the principles of law, I am convinced the innocence of Penelope and Francois Fillon will be recognised,” Cornut-Gentille said in a statement released by the office of the presidential candidate.
Penelope had been charged with “unusual speed,” the lawyer said.
The silver-haired mother of five is now a local councillor in Solesmes, a village of 1,000 people in the Sarthe area where the couple live in the turreted manor house.
Francois Fillon, a staunch Catholic who had campaigned as a man of integrity, has also been charged for failing to declare a 2013 interest-free loan of 50,000 euros from Ladreit to a state transparency watchdog.
But a potentially even more embarrassing revelation emerged this month when the Canard Enchaine reported that Fillon had introduced a Lebanese oil pipeline builder — with whom he signed a $50,000 lobbying contract — to Russian President Vladimir Putin at a business forum in St. Petersburg in 2015.