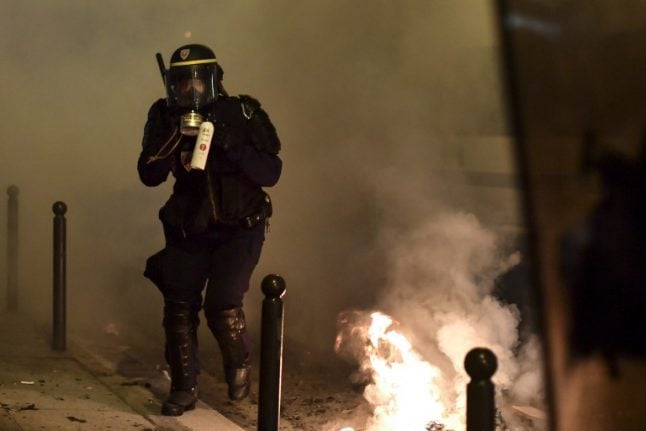 Photo: AFP
The Paris police force said that around 150 “members of the Asian community” gathered late Monday outside a police station in the northeast of the capital.
Three officers were slightly injured in the running clashes and one police vehicle was damaged by an incendiary device.
The angry demonstrators were protesting against police violence after an officer shot dead a Chinese man on Sunday night.
Police sources told AFP that officers were called to the Chinese man's house after reports of a domestic dispute.

The man attacked the officer with a knife “as soon as the door opened”, injuring him, according to these sources.
A police colleague then opened fire, killing the Chinese man, authorities say.
However, Calvin Job, a lawyer for the relatives of the dead man, said the family “totally disputes this version of events.”
“He didn't injure anyone,” said Job.

According to the family, there was no domestic dispute and a neighbour called the police after hearing shouting.
“Police forced open the door of the apartment, pushing him back,” the lawyer said. The Chinese man did not rush towards the officers who “shot without warning,” according to the lawyer's version of events.
A police watchdog will interview the family later on Tuesday, Job said.
French police have come under fire for suspected violence in recent months following the highly publicised case of a black youth worker allegedly raped with a police baton.
There have been several demonstrations since the February 2 incident involving the 22-year-old named only as Theo.