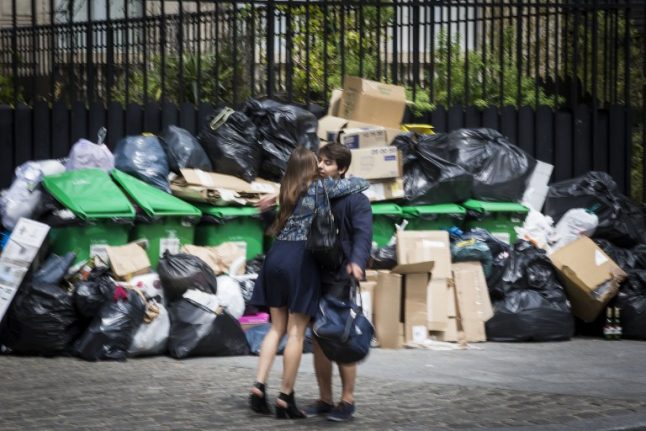 Paris mayor Anne Hidalgo knows the reputation of Paris around the world.

The city of romance and of light and stunning architecture and so on is also known for its dog poo, its litter, strewn cigarette butts, the rats and the occasional foul smell from the drains.

Hidalgo has already made efforts to clean it up, including increasing fines and rolling out new team of “civility police” but it’s not been enough and now she plans to do more.

On Monday Hidalgo unveiled her grand plan aimed at finally ridding Paris of the least positive part of its reputation.

Cleaning up Paris is an “absolute priority,” said Hidalgo.

The City of Light, which will learn in September whether it will host the2024 Olympic Games, will invest €22 million ($24 million) in new street cleaning equipment, she said.

She knows though that it’s an uphill task saying Parisians themselves will have to “change their mentality”.

She wants the city’s residents to develop a zero tolerance attitude towards litter.

“In a civilised city, cleanliness must be the responsibility of each person,” she said.

“You don’t throw rubbish or a cigarette butt on the floor in your living room and it should be the same in the street,” Hidalgo said.

Here is the ten-point plan of how she aims to clean up Paris: By the end of the year Paris will have some 7,000 members of its street cleaning department. There will be 100 reinforcements for priority areas and specialist neighbourhood leaders will be appointed. They will easily be identifiable and residents will be able to call them up to highlight problems.

Currently the street cleaning teams work mainly in the morning, but Hidalgo wants to create another shift to clean up later in the day. Seven teams will be created to focus on 11 priority arrondissements, most of which are in the centre as well as Montmartre and Canal St Martin.

The mayor will splash the cash on buying more and better machines for hoovering up the street rubbish and cleaning the pavements. They will be electrically operated rather than with diesel.

The newly created civility brigade has some 1,900 but another 1,800 staff will bolster the ranks. The mayor says some 35,000 fines were handed out for various littering offences in 2016 compared to 25, 000 in 2014, including over 1,000 to dog owners who allowed their mutts to defecate on the pavement. 5.       Dumpers to be identified and prosecuted

The City Hall wants to end the bad habit of Parisians dumping old materials on the city’s streets. In future investigative teams will be set up to identify and prosecute those who throw out old mattresses chairs on the streets. The Local already reports how Paris has launched a major crackdown on the chronic problem of rats which included park closures. Hidalgo intends to spend an extra €1.5 million on tackling the problem.

Hidalgo wants locals to get involved and proposes holding neighbourhood meetings to come up with proposals. Cleanliness ambassadors will be named and Parisians will be asked to take part in an annual clean up called the “Big Clean Day”.

Teams will be sent out to schools to educate the new generation of Parisians on the importance of keeping streets clean.

A new app “In my street” (Dans ma rue) will be launched in the coming months to allow residents to signal specific problems such as wild dumping.

10.   Cigarette bins in front of buildings

Hidalgo warns companies to play their role too and will ask them to install cigarette bins in front of their offices and encourage staff to use them rather than throw their butts on the pavements. Hidalgo will also ask cafés to do the same and will threatened to take away their terrace license if they don’t make an effort.