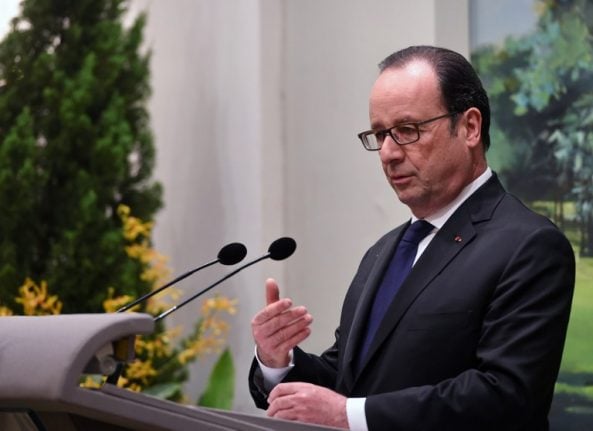 Photo: AFP
Hollande's term of office ends in mid-May and far-right politician Marine Le Pen is seen as one of the leading candidates to replace him.
In addition, Britain has voted to leave the European Union and the United States has elected populist President Donald Trump.
“I still have (work) to do to prevent populism, nationalism and extremism from prevailing, including in my own country,” Hollande told the prestigious Singapore Conference.
He began the last major international tour of his term in office in the city-state on Sunday and will go on to Malaysia and Indonesia.
Hollande said the mission to reject populism was not just one for a president. Citizens and officials also had a responsibility to speak out.
“And as far as I am concerned, I will continue to speak as much as I can and to ensure that what I have done as president can have consequences,” he said without elaborating.