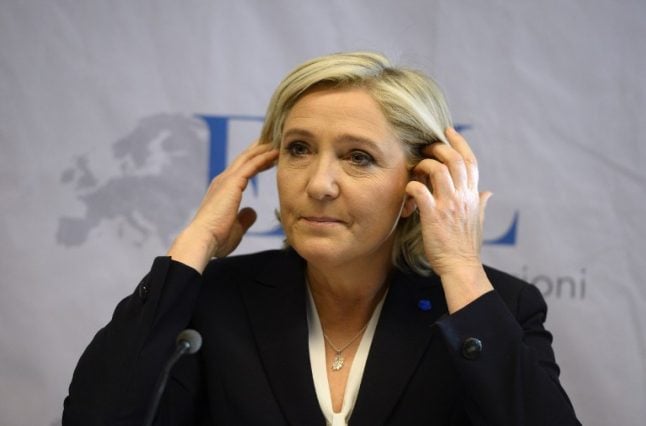 Le Pen calls the single European currency a “a knife that you stick in a country's ribs to force it to do what its people don't want to do”.

The leader of the National Front (FN) blames the euro for driving up prices, hurting exports and adding to France's already colossal trade deficit.

She has pledged that, if elected, she will throw off the shackles of the common currency and restore France's monetary sovereignty by resurrecting the franc.

With all opinion polls showing her getting past the first round of the election on April 23rd, making the once-unthinkable prospect of a far-right presidency no longer completely implausible, economists and business leaders are worried.

Although Le Pen, 48, currently looks set to lose the May 7th runoff, probably to independent centrist Emmanuel Macron, no one is being complacent.

“No one knows what will happen,” said Jean-Lou Blachier of France's Confederation of Small and Medium-Sized Businesses, referring to Britain's surprise vote to leave the EU and Donald Trump's shock election in the United States last year.

Emboldened by Britain's taboo-breaking Brexit vote, Le Pen also promises to hold a “Frexit” referendum, saying the EU “shuts us in, constrains us, bullies us”.

Most experts however say that scrapping the euro would be disastrous, and not just for France.

Ratings agencies have warned that the eurozone's second-biggest economy could be headed for a default if the country converts its towering €2.2 trillion debt into francs.

“If France leaves the single currency, the whole eurozone could disappear,” said Mathieu Plane of a French economic think tank, the OFCE, warning of an “unprecedented crisis”.

Benoit Coeure, who sits on the board of the European Central Bank, warned that France's borrowing costs would rise and that prices would rise, rather than fall.

“Inflation, which would be out of the hands of the ECB, would eat into savings, fixed incomes and pensions,” he said.

“Leaving the euro would be choosing impoverishment.”

Le Pen has dismissed the criticism as scaremongering.

“That's called Project Fear. It was used before Brexit,” she told her conservative rival Francois Fillon during a TV debate this month when he warned her programme would trigger “economic and social chaos”.

Le Pen has said she can organise an orderly exit from the eurozone and suggested bringing back the European Currency Unit (ECU), a pre-euro basket of currencies, that businesses could use alongside the franc.

Paris University economics professor Dominique Meurs said that despite the resistance, he expected Le Pen to stick to her guns.

“Leaving the euro and the EU is completely consistent with the FN's obsession with the national identity (and) its total rejection of multilateral decisions,” she said.

Such a move would be a “dramatic break” with European convention, Meurs said.

“What she is proposing is not some small change, it's really a big deal because she could potentially be elected.”

It is not just in France that big business is worried about Le Pen's election pledges.

Giant Swiss bank Credit Suisse said this month a Le Pen victory in May was the biggest risk to European stability.