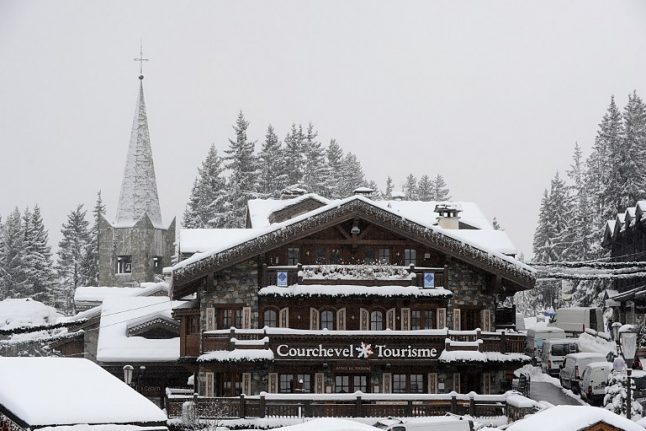 The Courchevel 1850 ski resort in the French Alps. Photo: AFP
The break-in at the exclusive Courchevel 1850 ski resort took place overnight on March 18, the prosecutors from nearby Albertville said.
One employee was at the chalet at the time, they said, adding that security cameras filmed two intruders but revealed no significant features to aid in tracing them.
The burglars stole €8,000 in cash in addition to the fur coats, for which investigators have requested the receipts.
Prokhorov, whose fortune is estimated at $8.8 billion by Forbes magazine, is chief executive of Norilsk Nickel, the world's largest producer of nickel and palladium.
One of Russia's richest men and the owner of the Brooklyn Nets basketball team, he ran for president in 2012, garnering eight percent of the vote.
In 2007, he was arrested in Courchevel over suspicions of arranging prostitutes for his guests at a Christmas party, but he was released without charge.
The robbery marks just the latest high profile robbery of a foreign visitor to France, the most notable of which saw Kim Kardashian robbed of jewellery worth €9 million in October in Paris.