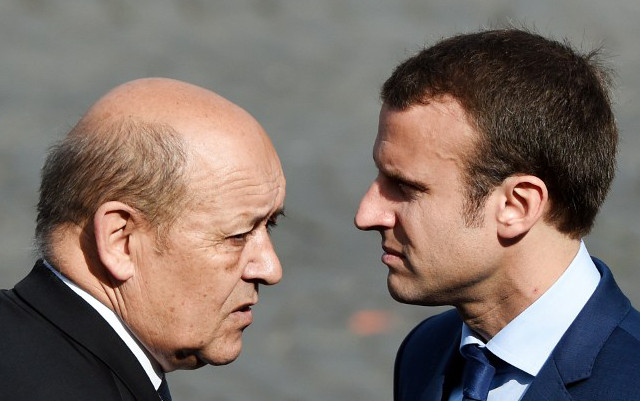 Photo: AFP
Le Drian, a widely respected member of the Socialist government, has told politicians in the western region of Brittany of which he is president that he is supporting 39-year-old Macron, the sources said.
The minister will make his backing public in an interview in Friday's edition of Ouest France newspaper.
Macron has never won elected office but is currently neck-and-neck at the top of the poll ratings with far-right leader Marine Le Pen.
Surveys show that if he progresses through the first round of voting on April 23 he would beat Le Pen in the run-off on May 7.
Le Drian and Macron served in the same Socialist government under unpopular President Francois Hollande, who is not running for re-election.
The Socialist candidate in the presidential race is Benoit Hamon, whose policies are considered far-left.
Macron has already won the support of veteran centrist Francois Bayrou.